28-year-old Rhode Island State Senator, Tiara Mack, has hit back after she received heat for twerking in her bikini and posting on TikTok.

The Democratic Senator posted a video to TikTok of herself twerking upside down in a bikini on Independence Day, July 4.

Oloriburuku! – Woman lashes Out in Banking Hall over N1million Withdrawn from Her Account (Video) 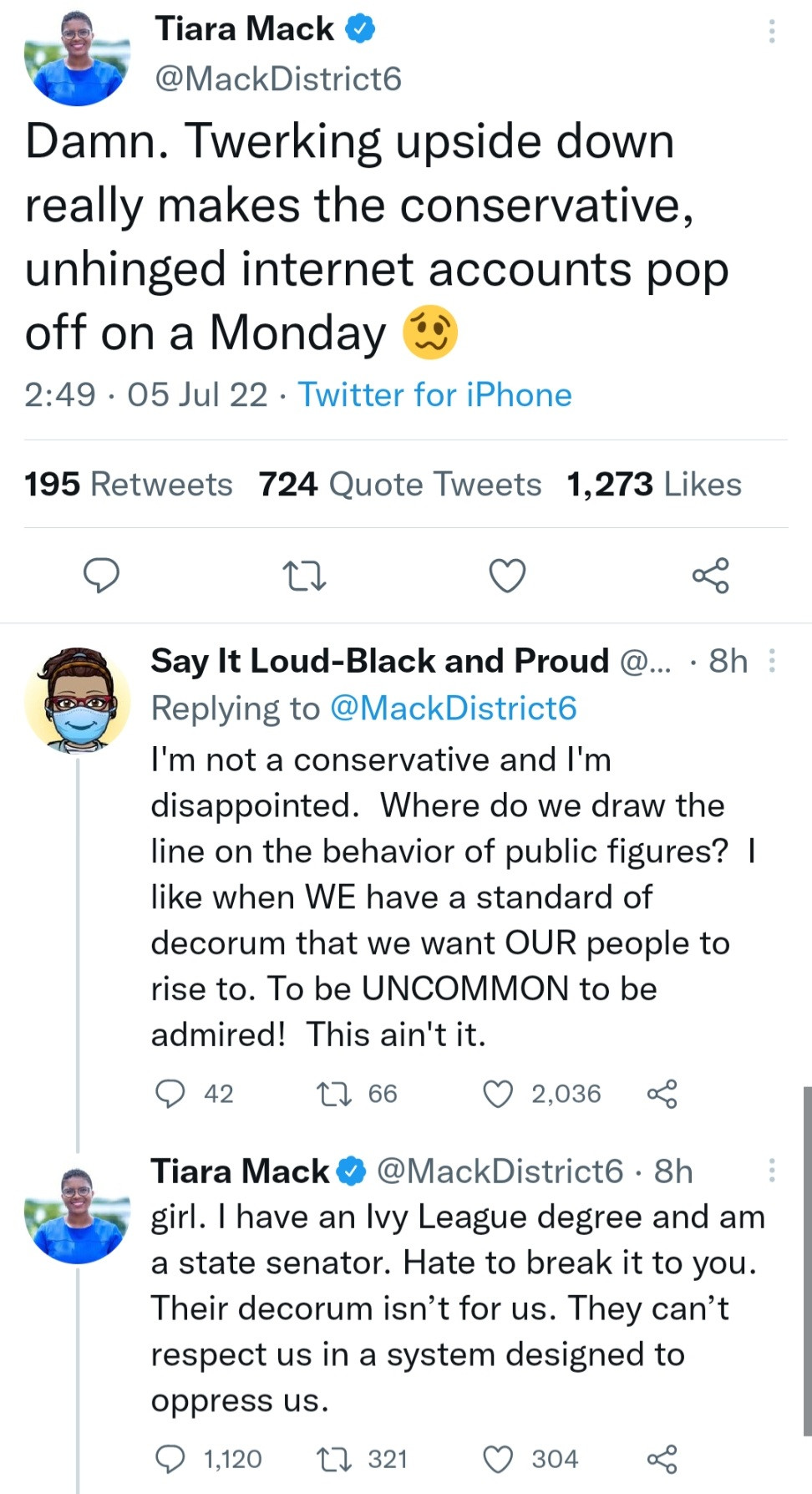 Her video led to criticisms and she responded on Tuesday, July 5.

She tweeted: “Damn. Twerking upside down really makes the conservative, unhinged internet accounts pop off on a Monday.”

She added in one video: “I’m not a regular senator, I’m a HOT senator.”

She also released other videos where she responded to her critics.