Nigerian content creator, Carter Efe has replied singer, Berri Tiga after being called out for not giving him due credit and royalties on their song, Machala.

However, the comedian said he asked the producer to remove Hotkid because Tiga cried out to him that his ‘shine’ would be stolen.

He called out the music act being being ungrateful and crying out on Instagram about being ripped off even though he has been helped in different ways.

In a series of posts on his Instagram story, Carter revealed how someone introduced him to Berri’s sound.

He also recalled how Tiga showed appreciation to him after his Instagram followers increased to 10,000.

Carter Efe said that he would not sit silently and watch as Berri tries to tarnish his reputation while still expecting them to be friends. 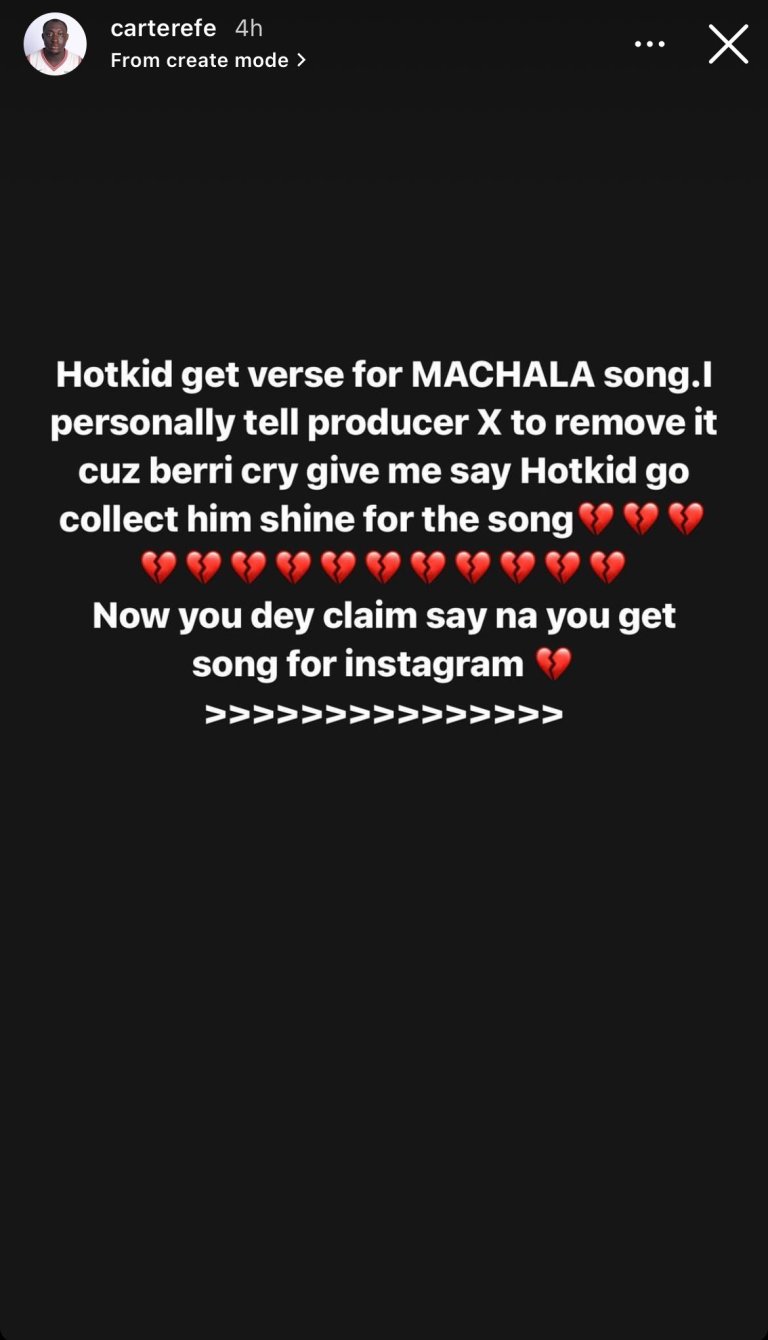 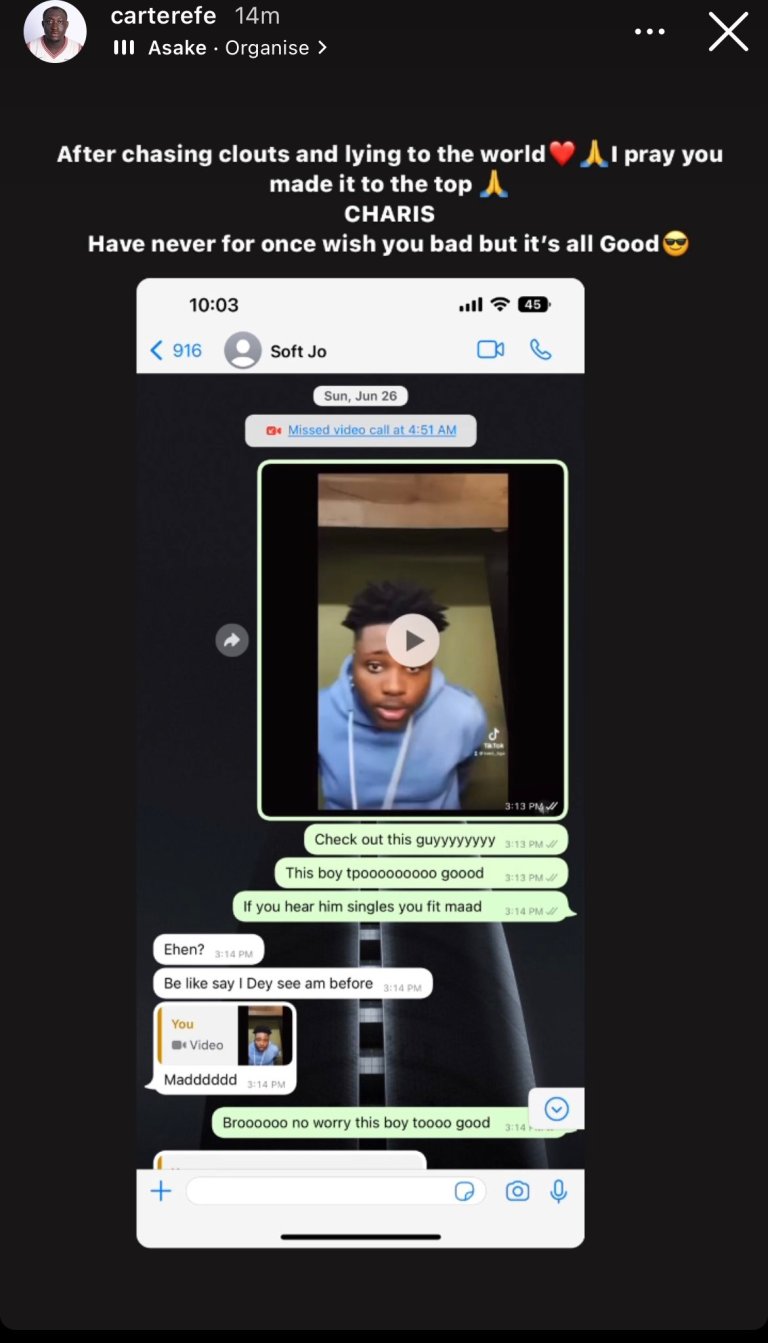 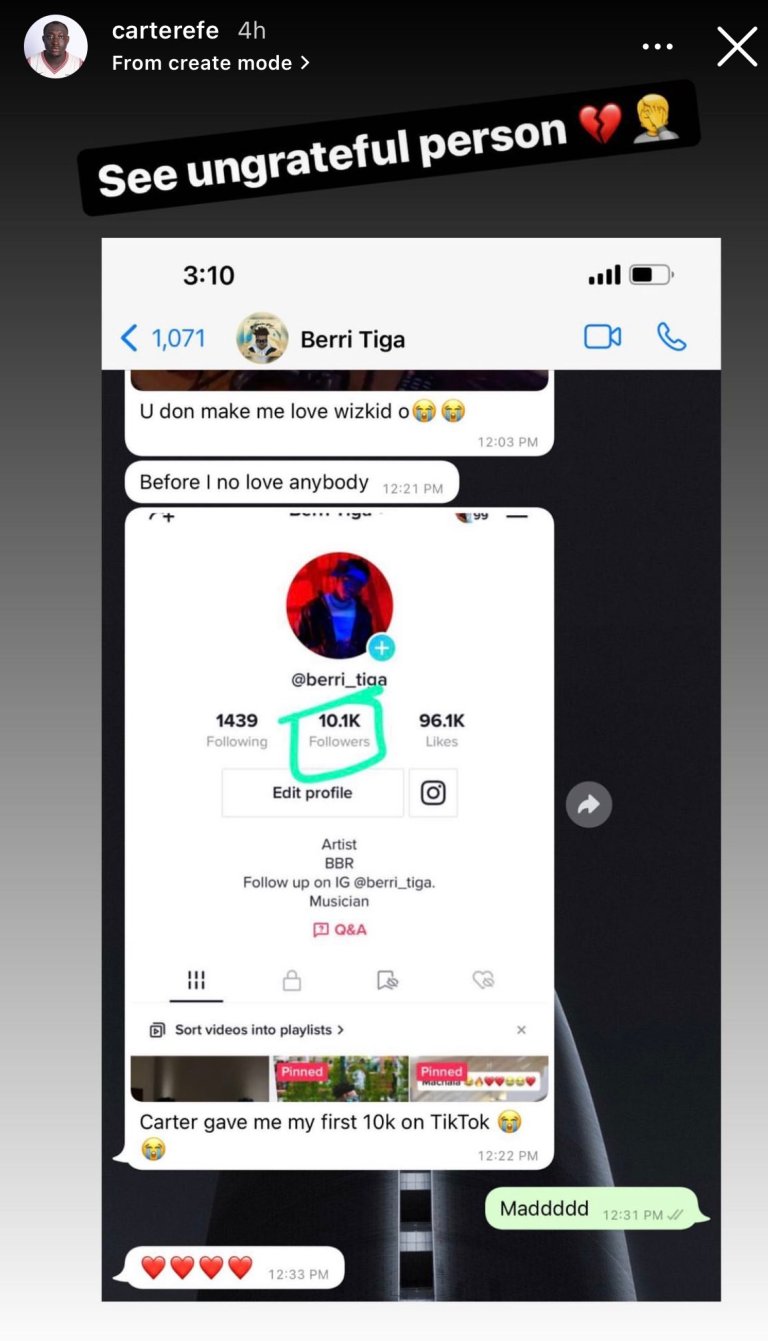 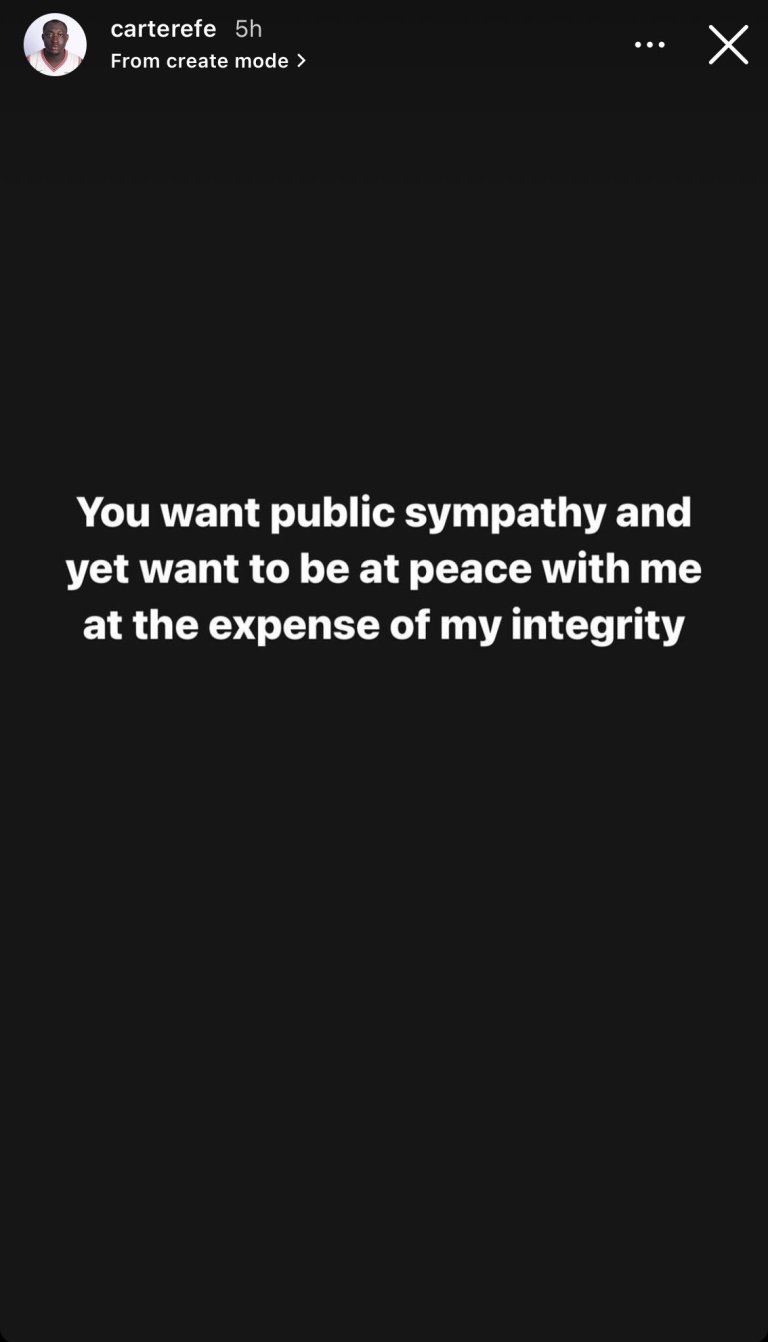