A young Nigerian lady was publicly embarrassed by her boyfriend after he caught her on a lunch date with another guy.

The side boyfriend had apparently taken her and her female friend out to eat at a restaurant when her boyfriend spotted them. 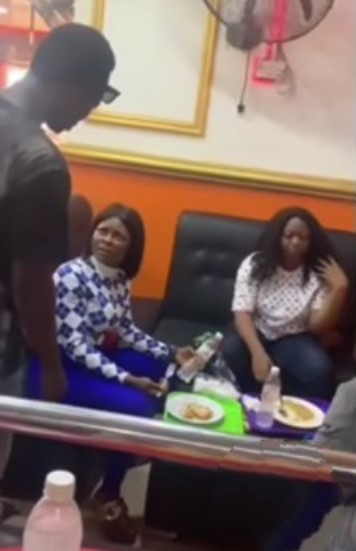 On seeing them, he immediately accosted her, but she tried to act normal and asked him to stop embarrassing them as she continued having her meal.

Without delay, he removed the slippers he bought for her, as well as her wig and phone. A part of the clip also showed him lambasting her for giving his jacket to her side boyfriend.