A Ghanaian man parading himself as a soldier has been exposed by residents who fell victim to his deception.

It was gathered that the fake solder extorts money from youths in the community with the promise of recruiting them into the military. 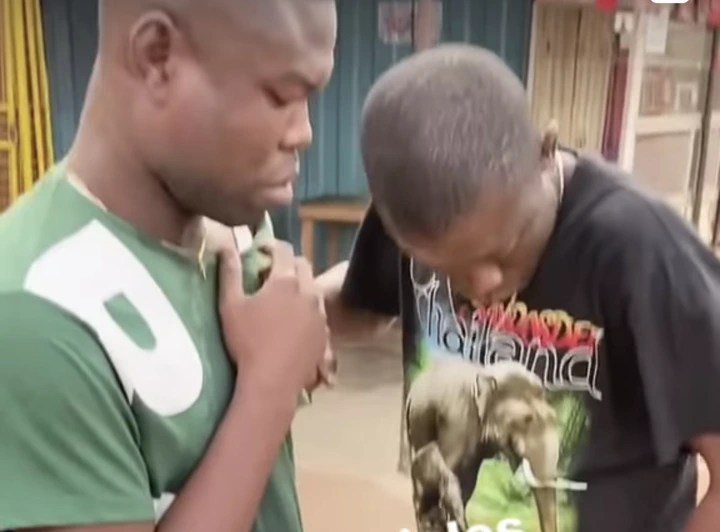 A video which surfaced on social media shows the moment he was slapped and given punishment after being busted at Ashongman Estates.

Family Abandon Properties in UK, Relocate to Live in Forest in Ghana

GHarticles reports that he has collected money from many people who had hopes that he would recruit them only for him to be exposed.