The first British man to go public with having the monkey pox virus is James M, aged 35.

James is a HR manager from London who caught the virus after being deported from Dubai for testing positive for HIV.

According to MailOnline, James M, who is gay, says UK health chiefs haven’t contacted him despite being diagnosed with monkeypox two weeks ago

He slammed the UK Health Security Agency (UKHSA) for ‘a real lack of any basic process or care to stop the spread’ of the virus, which has infected more than 300 Britons so far, mostly gay and bisexual men.

James who is keeping his surname anonymous — admitted he is not following self-isolation rules because ‘I was told to stay home until UKHSA contacted me… and they never did.’

He accused the UK of a lack of awareness about monkeypox’s lesser-known symptoms, and says the careless attitude of the UK is responsible for the country having more cases than African countries.

He says he had just started adjusting to life in west London when he began suffering from ‘really weird aches’ in his lower back, exhaustion, extreme thirst and pain when he used the toilet.

He became convinced he had a sexually transmitted infection (STI) after sleeping with around 10 new partners in the weeks before his symptoms started.

‘I’m a gay man, and having just come back to the UK, I was having a good time,’ he told MailOnline.

But medics wrongly assumed it wasn’t monkeypox because he didn’t have rashes.

James had just returned from Dubai after four years, following a ‘shock’ HIV diagnosis in February. His deportation from Dubai where being gay is illegal, saw him lose his job and home.

After contacting his local STI clinic in west London, James was sent for tests at a specialist centre in Soho on May 25 and was told to avoid public transport or close contact with others.

‘When I got to the clinic I was told to go and wait outside the main door and call them, they said they were going to put on PPE and they told me not to touch door handles,’ he said. 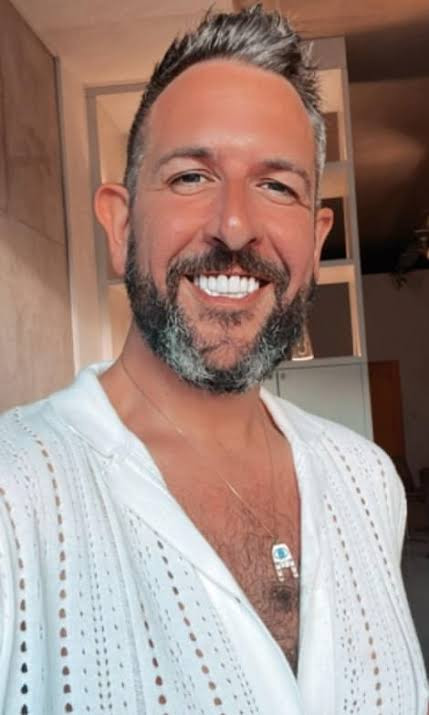 ‘The whole experience kind of heightens your sense of, “oh this must be really serious”. I remember going to Covid centres and it wasn’t as daunting or overwhelming as this.’

He told MailOnline: ‘It’s no wonder now we’re getting so many more infections if no contact tracing or awareness about you not needing the spots to have the virus being told to people.

‘No-one’s asked me who I’ve been in contact with. I was told that within 24 hours of my diagnosis someone from UKHSA would call me.

“God Didn’t Reveal to You Any of the Dozens of the Attacks on Innocent People this Year” Soludo Responds after Rev. Fr. Ebube Muonso Warned of an Attack by “Fulani Herdsmen” on the Anambra Governor’s Life

‘I’ve called the clinic every day, asking “why aren’t they calling me, I’m not allowed outside and not allowed to go work. The UKHSA is not calling me, someone needs to document this.”’

James still does not know who he caught the virus from, but he says he has ‘a hunch’ — someone who ‘had a spot on their chest’. He added: ‘I asked them about it and they said they’d always had it.’