Researchers from the French National Centre for Scientific Research have sparked fears of another pandemic after reviving over two dozen “zombie viruses”, including a 48,500 years old virus trapped in ice, according to a study published on bioRxiv.

The samples were collected from permafrost in the Siberia region of Russia.

“The situation would be much more disastrous in the case of plant, animal, or human diseases caused by the revival of an ancient unknown virus,” reads the viral study, which has yet to be peer-reviewed.

The new research was helmed by microbiologist Jean-Marie Alempic from the French National Centre for Scientific Research, Science Alert reported.

According to the preliminary paper, global warming is causing vast swaths of the permafrost (permanently frozen ground covering one-quarter of the Northern Hemisphere) to irreversibly thaw.

This has had the alarming effect of “releasing organic matter frozen for up to a million years”, including potentially harmful pathogens.

Scientists have found that these viruses remain infectious despite being dormant for hundreds of millennia.

According to European researchers, “It is thus likely that ancient permafrost will release these unknown viruses upon thawing. How long these viruses could remain infectious once exposed to outdoor conditions, and how likely they will be to encounter and infect a suitable host in the interval, is yet impossible to estimate.”

“But the risk is bound to increase in the context of global warming when permafrost thawing will keep accelerating, and more people will be populating the Arctic in the wake of industrial ventures,” they added.

As soon as the news about Zombie viruses came out, many took to Twitter to share their reactions. 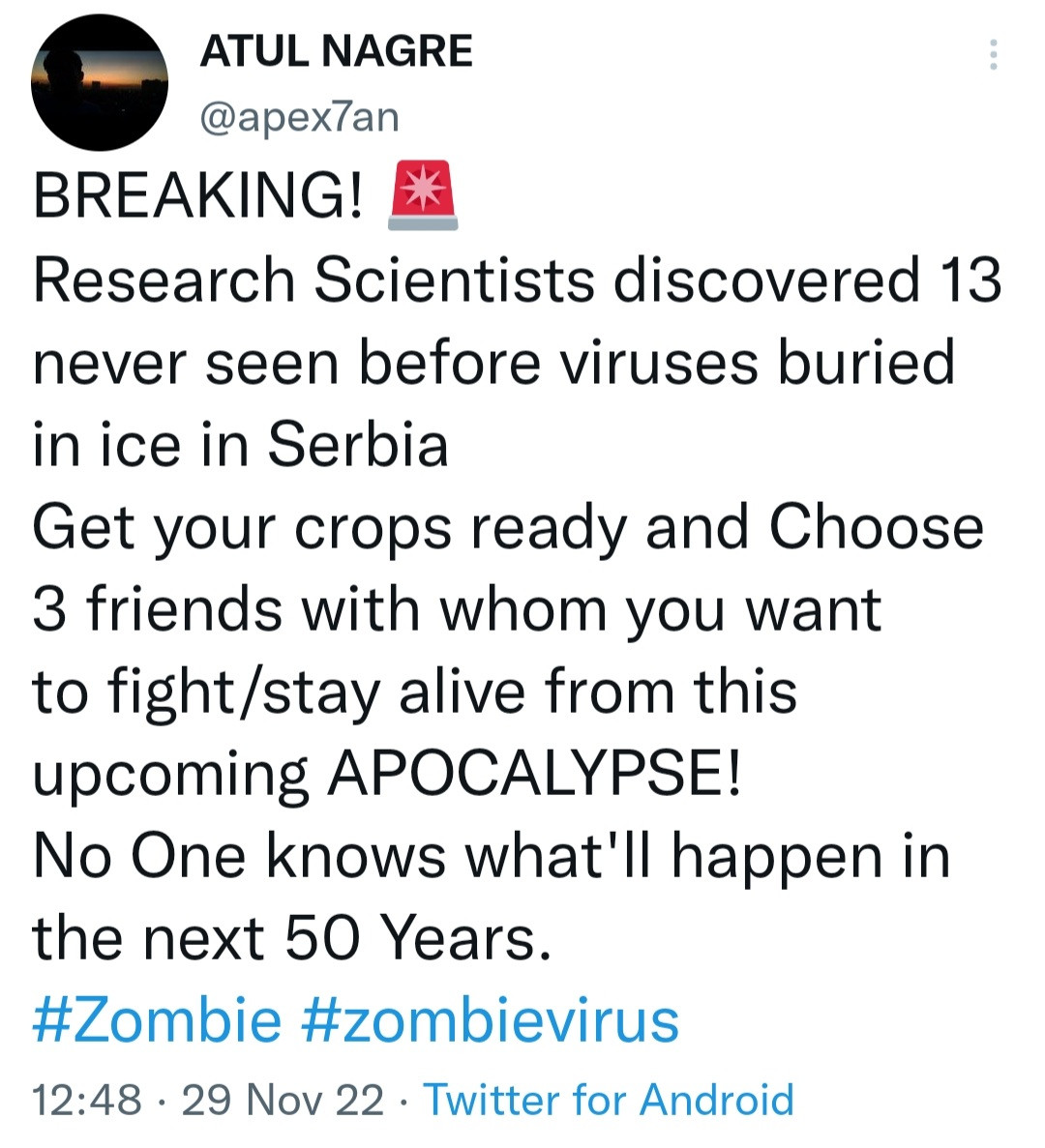 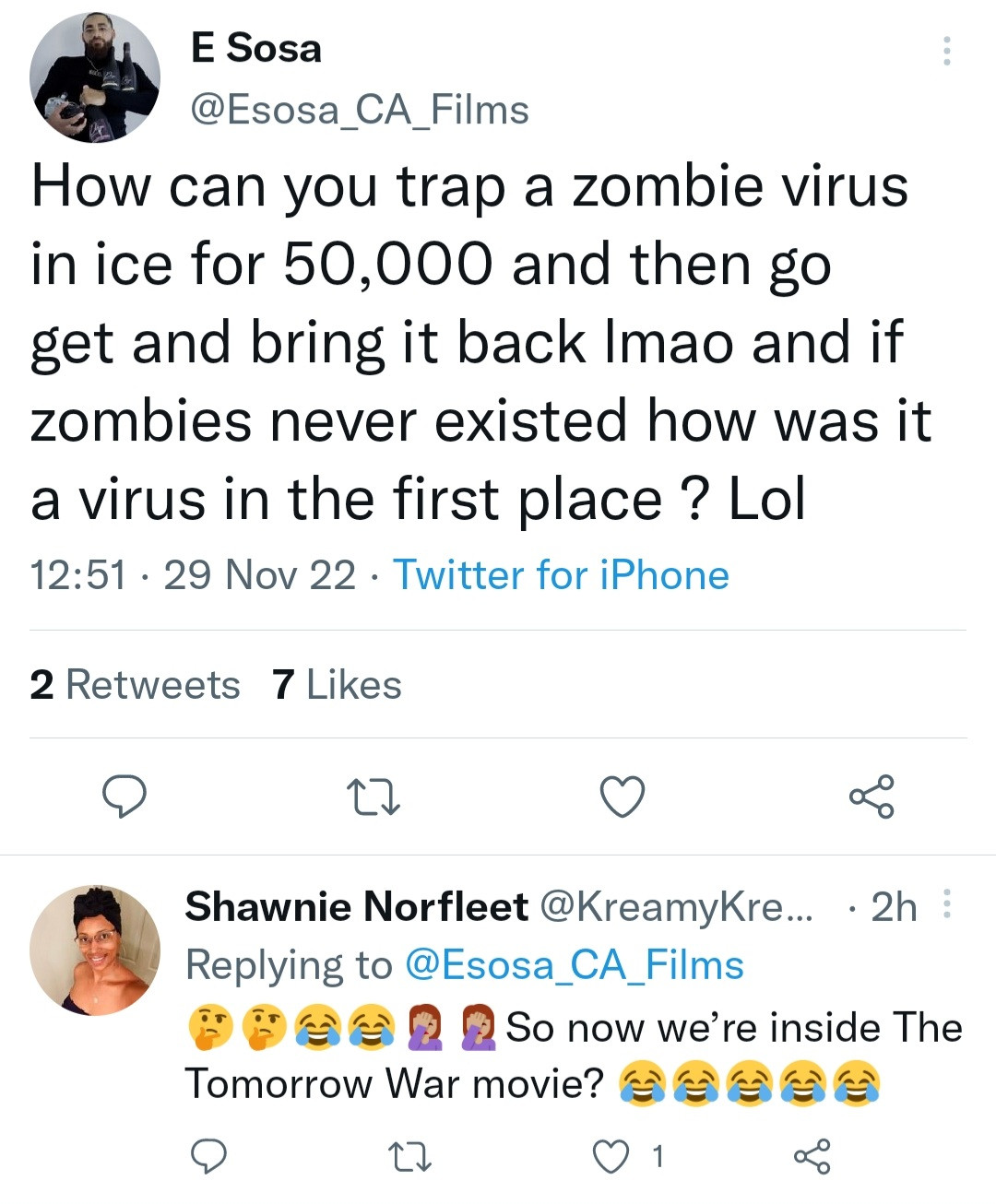 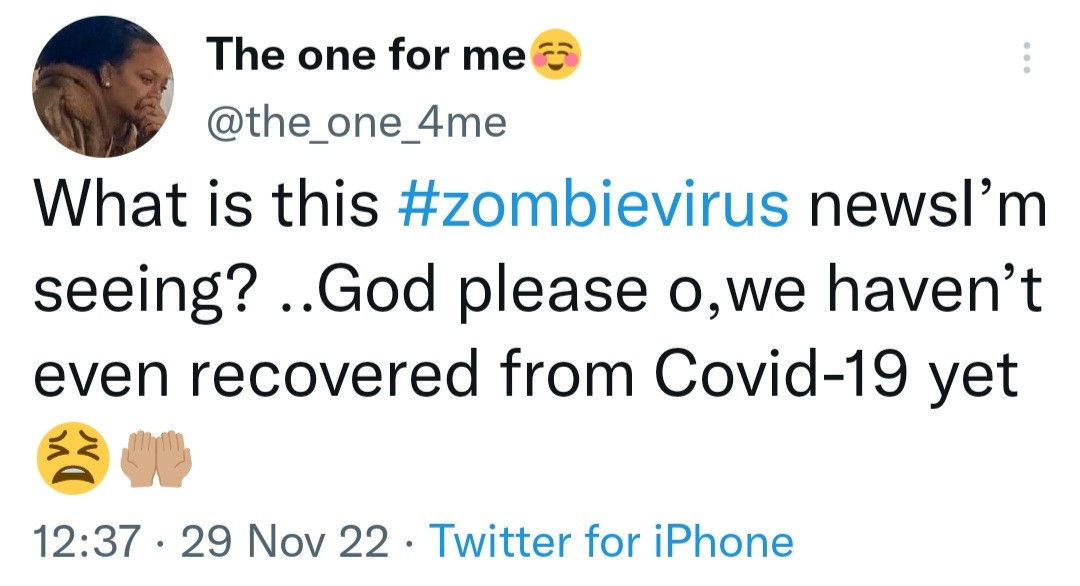