Bankrupt Former Millionaire Is Paying $6.4 Million Debt by Selling Sausages on the Street.

A bankrupt former millionaire in China has been making news headlines for his plan to pay a debt of 46 million yuan ($6.4 million) by selling grilled sausages at a street food stall.

Not too long ago, Tang Jian, a restauranteur in the Chinese city of Hangzhou, was considered one of the most successful businessmen in all of Zhejiang Province.

By the age of 36, he already owned a chain of restaurants and had amassed an enviable fortune. But in 2005, Tang decided to invest a sizeable portion of his money into a completely new industry and things started going horribly wrong for him. 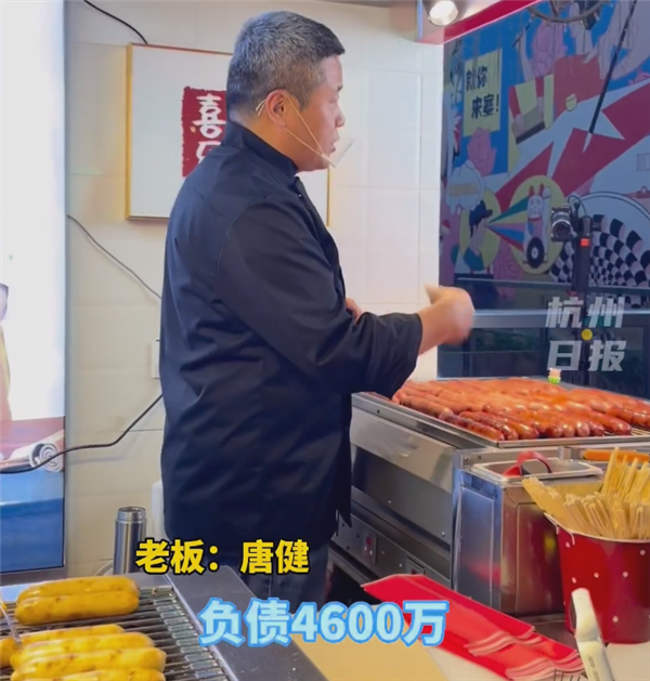 Now at 52, the former millionaire finds himself over $6 million in debt, but he is working hard to repay every single cent by selling grilled sausages on the street.

When he started investing in his new landscape engineering business, Tang Jian was convinced it would surpass his restaurant empire, and he simply wouldn’t listen to anyone who told him otherwise. Even though the project was bleeding money, he kept pouring investments into it, and when he finally realized his mistake, it was already too late.

Even after selling off all his restaurants, his houses, and cars, Tang was still 46 million yuan in debt and had no choice but to declare bankruptcy. But instead of buckling under the pressure of having to repay all that money, he decided to go back to his roots and start selling quality food.

He didn’t have the money to open a new restaurant, so he settled for a street food stall that he operates himself. He sells grilled sausages and is confident that the humble venture will help him pay off his debt. His redemption story has struck a chord with average Chinese people who appreciated his resilience and positive outlook on life.

“We are born with nothing. Why be scared of starting all over again?” Tang asked rhetorically in a recent interview. “We have to keep learning to face difficulties calmly and to march ahead with courage.”

“Each of us lives a challenging life and encounters many difficulties, but we must hold on to a spirit of never being defeated,” the 52-year-old businessman added.

Tang’s story and a video of him operating his sausage stall on a street in Zhejiang went viral earlier this month, inspiring many to find strength in the face of adversity. After all, if a former millionaire $6.4 million in debt could have a positive attitude, surely they could too.