Iran has publicly hanged a 23-year-old man in what is the second execution linked to the recent anti-government protests.

Majidreza Rahnavard, 23, was hanged early on Monday, December 12 in the city of Mashhad, Iran’s judiciary said.

Rahnavard, who is also a wrestler was hanged just 23 days after his arrest.

A court convicted him of “enmity against God” after finding he had stabbed to death two members of Iran’s paramilitary Basij Resistance Force.

The Basij is a volunteer force often deployed by Iranian authorities to suppress dissent. 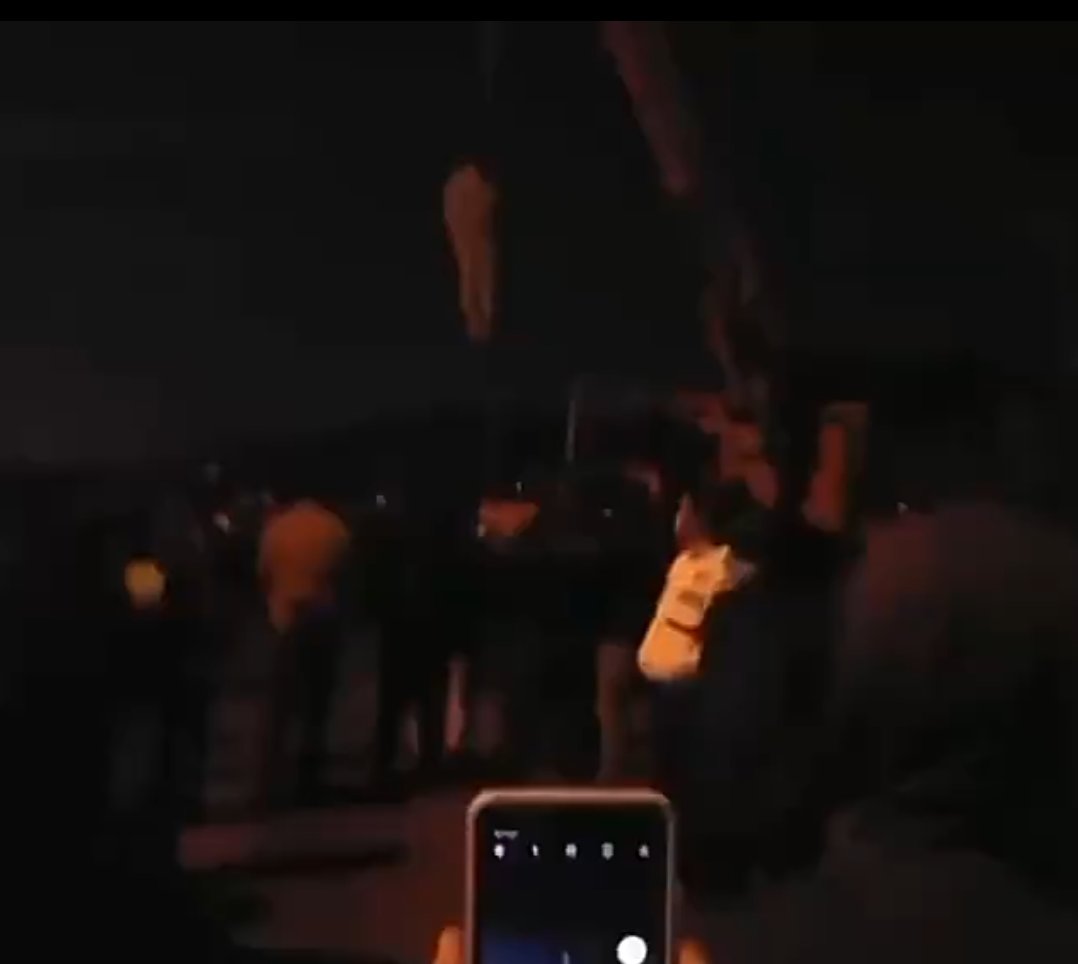 Human rights groups have warned that protesters are being sentenced to death after sham trials with no due process.

Rahnavard was denied a lawyer of his choice for his trial. The lawyer he was given did not put up a defence.

His mother was not told of the execution until after his death according to reports. His family members were then given the name of a cemetery and a plot number. When the family turned up at the cemetery, security agents were burying his body.

Iranian opposition activist collective 1500tasvir said in a tweet that the family were telephoned by an official at 07:00 local time and said: “We have killed your son and buried his body in Behesht-e Reza cemetery.” 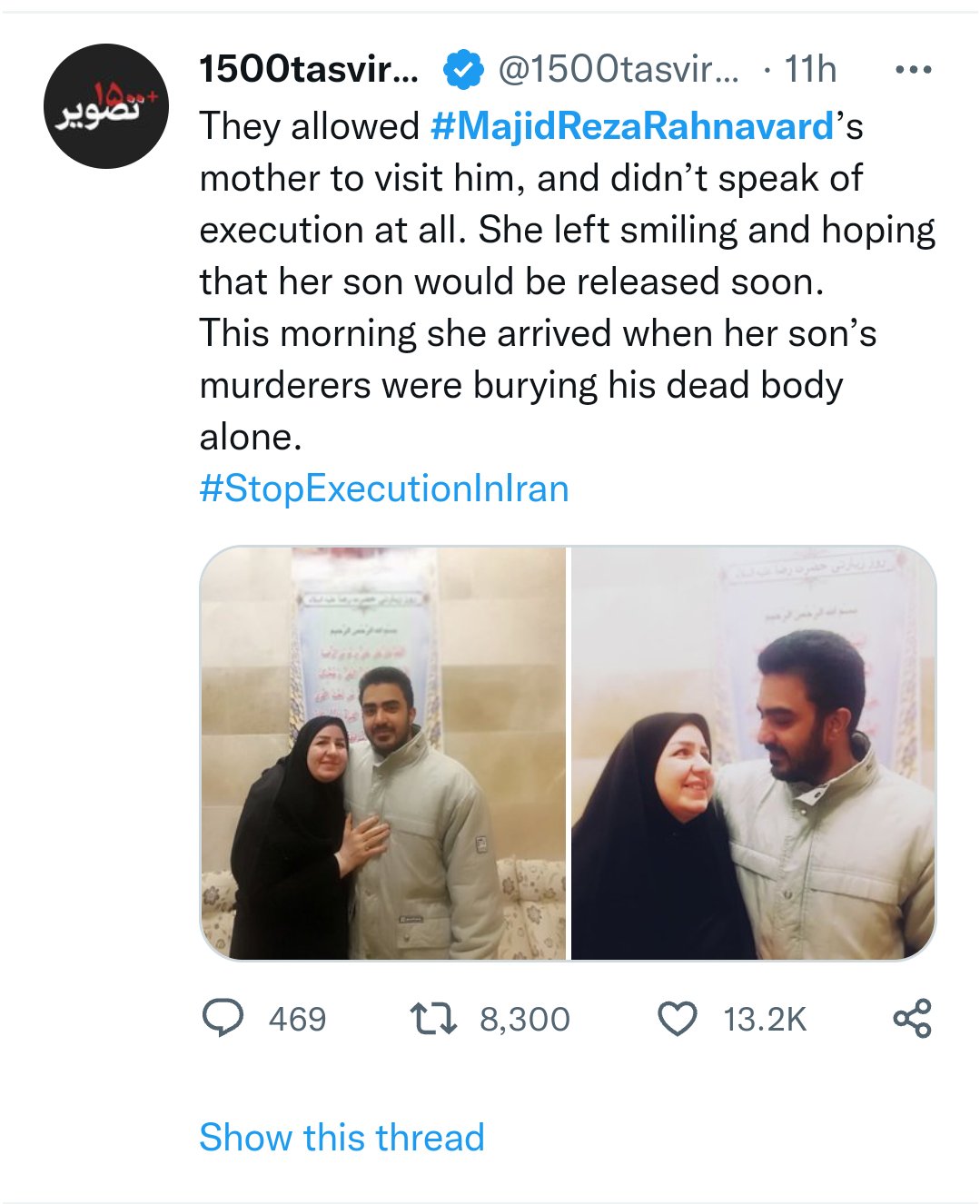 Iran’s Mizan news agency said Rahnavard was hanged “in the presence of a group of Mashhadi citizens” who posted several pre-dawn photographs reportedly showing the execution.

In footage shared on social media, a man could be seen hanging from the cable in front of onlookers – it is not clear how many people attended the execution.

A video broadcasted by state TV after his arrest on 19 November, showed Rahnavard blindfolded and with his left arm in a cast. In the footage, he said he did not deny attacking the Basij members, but did not remember the details, because he had not been in the right state of mind.

Iranian State TV also showed on Monday what it said was his subsequent “confession” before a Revolutionary Court.

Mahmood Amiry-Moghaddam, director of Norway-based Iran Human Rights, said on Twitter that Rahnavard’s sentencing was based on “coerced confessions, after a grossly unfair process and a show trial”.

“This crime must be met with serious consequences for the Islamic Republic,” he said, adding that there was a “serious risk of mass execution of protesters”.

The women-led protests against Iran’s clerical establishment were sparked by the death in custody of Mahsa Amini, a 22-year-old woman who was detained by morality police on 13 September for allegedly wearing her hijab, or headscarf, “improperly”.

They have spread to 161 cities in all 31 provinces and are seen as one of the most serious challenges to the Islamic Republic since the 1979 revolution.

Warning, difficult to watch. This is the moment that the Islamic Republic hanged #MajidrezaRahnavard in public. Basij chant Allahu Akbar, God is great.
The person who sent the video says; Ordinary people refused to attend his public execution event.
Where are you EU?#MahsaAmini pic.twitter.com/IN8gXzLzgt