A missile attack on a residential district in Chuguiv town as the country woke up to a Russian invasion on Thursday. 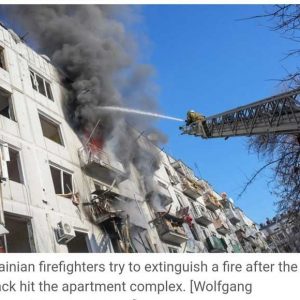 A son wept over the body of his father in the middle of the wreckage of a missile attack in a residential district in the eastern Ukrainian town of Chuguiv in the Kharkiv region as the country woke up on Thursday to an invasion ordered by Russian President Vladimir Putin.

“I told him to leave,” the man in his 30s said, sobbing next to the twisted ruins of a car. 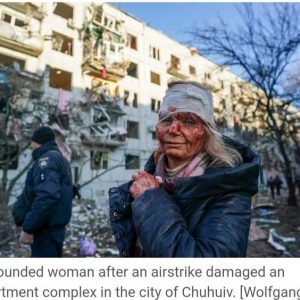 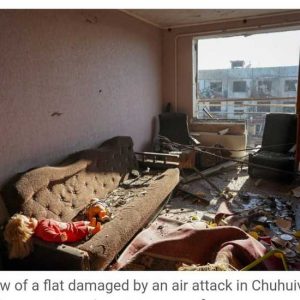 Teenager Anastasia clutched her grey cat as she watched her grandfather in a wheelchair being loaded onto a minibus waiting to rush them to a nearby village.

Several other buildings on the street were damaged badly, their windows shattered and doorframes hanging in the frigid morning air. 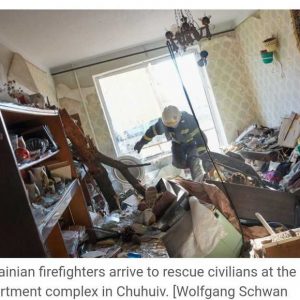 It was among the first reported damage after Russia launched the invasion, with explosions heard in several locations across the country.

A policeman said the casualties from the bombardment were still being “evaluated”.