During a campaign rally for Buhari, Atiku told the cheering crowd that Buhari is the man who will change Jonathan. 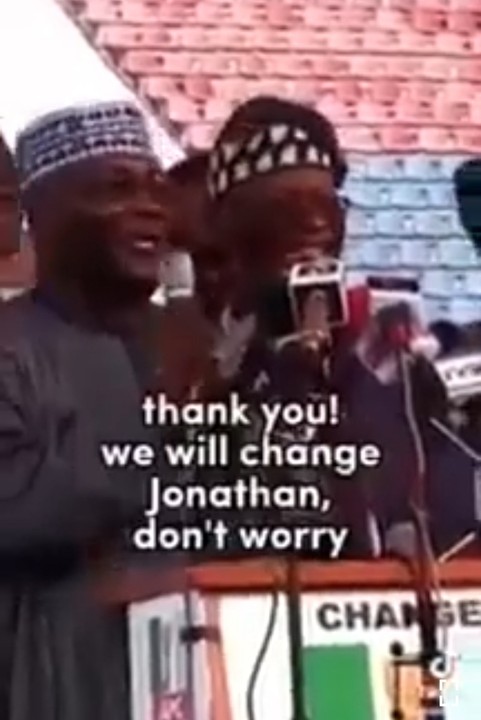 Atiku and Buhari contested the presidential primary election of the APC in 2014. The APC presidential primary was still ongoing on December 11, 2014 when Atiku, seeing that Buhari’s vote count had overtaken his, issued a statement to congratulate the retired military general, pledging commitment to the party and promising to “campaign vigorously” for Buhari and all APC candidates to ensure victory in the 2015 elections.