The monthly meeting was holding at the Awgu party headquarters of the senatorial district when youths started to express their displeasure at the meagre mobilization funds given to them.

A video has captured the dramatic moment a PDP zonal vice chairman, a senatorial candidate, alongside other politicians were chased out of the hall by youths during the Enugu West zonal meeting of the Peoples Democratic Party (PDP) in Enugu State.

The monthly meeting was holding at the Awgu party headquarters of the senatorial district when youths started to express their displeasure at the meagre mobilization funds given to them.

The zonal vice chairman of the party, Chief Okey Ozoani, was presiding over the meeting when a youth representative complained that the youths in each local government get only N100,000 mobilisation funds.

He said that this means each person gets about N5,000 after the funds are shared among the youths in each ward.

The youth representative asked what they are to do with such a meagre sum.

He and other youths then angrily chased the Zonal vice chairman and other politicians away from the high table and out of the venue.

A party official said: “What happened was that the zonal chairman had been trampling on people; he would treat people as if they didn’t matter.

“That was what happened. The people are tired of his antics and they expressed it.” 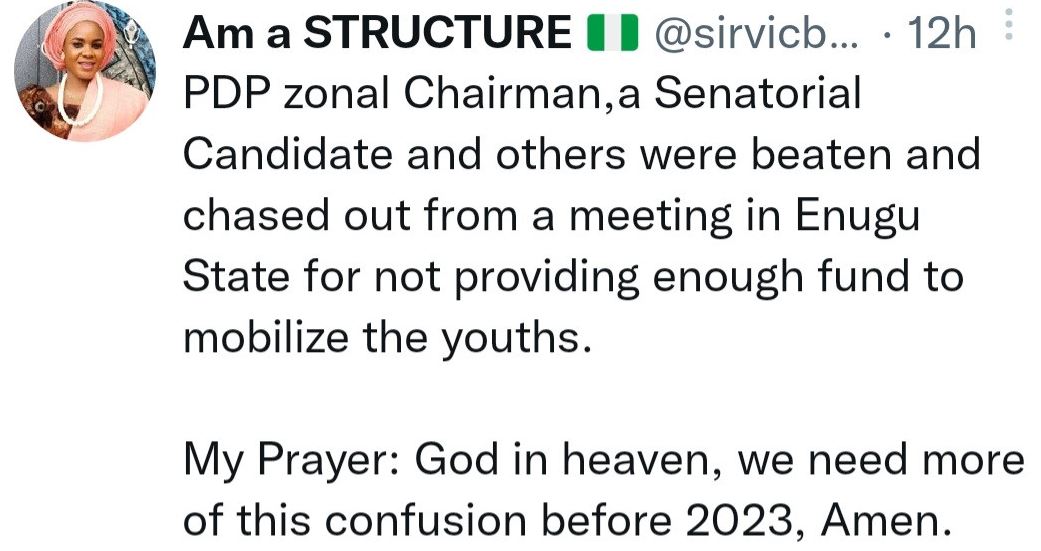