Ukrainians in occupied regions of the country have reportedly armed soldiers going door-to-door to collect votes for self-styled “referendums” on joining Russia.

Riverdale Star, Ryan Grantham Sentenced to Life in Prison for Killing His Mother

The self-styled referendums, taking place across five days, will allow Russia to claim – illegally – four occupied or partially-occupied regions of Ukraine as their own.

The “annexation” could lead to Russia claiming that its territory is under attack from Western weapons supplied to Ukraine, which could escalate the war further. However, videos on Friday, September 23, and multiple reports on social media show soldiers escorting electoral officials with ballot boxed to people’s houses for them to vote.

In southern Kherson, Russian military men stood with a ballot box in the middle of the city to collect people’s votes. 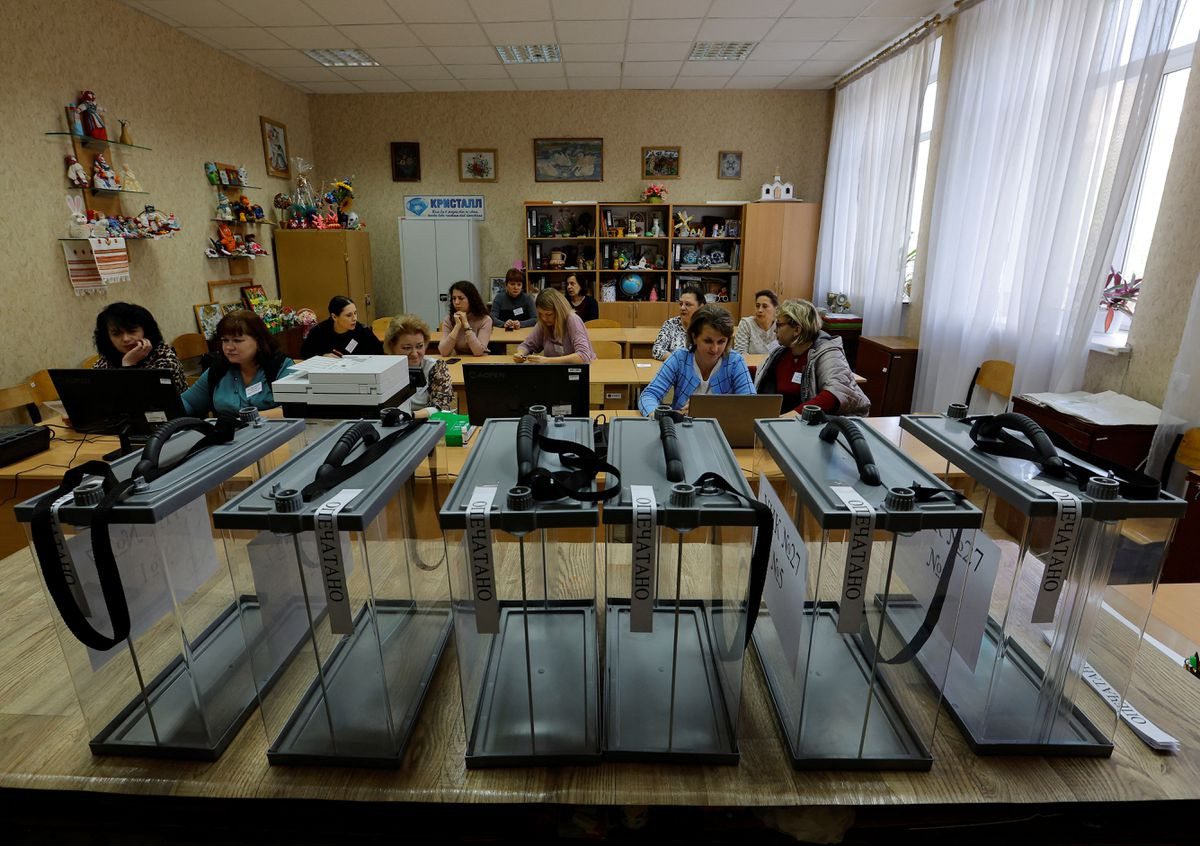 The door-to-door voting is for “security”, Russian state media says.

“In-person voting will take place exclusively on 27 September,” Tass reported. “On the other days, voting will be organised in communities and in a door-to-door manner.”

“You have to answer verbally and the soldier marks the answer on the sheet and keeps it,” A woman in Enerhodar reportedly told the BBC.

One woman in Melitopol reportedly said that two local “collaborators” arrived with two Russian soldiers at her parents’ flat, to give them a ballot to sign.

“My dad put ‘no’ [to joining Russia],” the woman said. “My mum stood nearby, and asked what would happen for putting ‘no’. They said, ‘Nothing’.

“Mum is now worried that the Russians will persecute them.”

Cleverly said Russia planned to formalise the annexation of the four regions – Luhansk, Donetsk, Kherson and Zaporizhzhia – by the end of the month.

Another woman in Kherson said she saw “armed militants” outside the building where the vote seemed to be taking place. She pretended to forget her passport, so she didn’t have to vote.

Riverdale Star, Ryan Grantham Sentenced to Life in Prison for Killing His Mother

The woman said all her friends and family were against the referendum. “We don’t know how our life will be after this referendum,” she said. “It is very difficult to understand what they want to do.”

Ukraine says the referendums will change nothing, and its forces will continue to push to liberate all of the territories.

Mobile "referendum". It is always more convenient to vote when two soldiers with machine guns are knocking at your apartment. Zaporizhzhia region pic.twitter.com/4DPihwwnFw

⚡️This is how the "referendum" is taking place in the temporarily occupied city of Energodar, Zaporizhzhia region. Video from subscribers. pic.twitter.com/uPRCZ3WhwL

"We, the people of [Russia-occupied] Snihurivka [Mykolaiv region], have gathered to protest against the illegal referendum. Snihurivka has always been Ukraine. We've never wanted to join Russia and we won't" pic.twitter.com/LzX4NnO4XU