The tribe had a saying that diamonds are stars that fell from the sky. Pitoni jokingly said if the stars fell, then the sky must have fallen too, the people replied with a “yes”. After which the local shaman took him to a place where there were some pieces of unidentified blue stones. 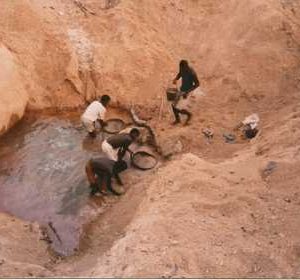 When he dug deeper, he found over 200 kg of it which was not in a natural formation, but rather set in a pyramid shape. The tribe asserted that the stones came from the visitors of the other world. They claimed that the stones have fallen from the sky.

Pitoni returned to Europe along with the stones and sent them for testing. 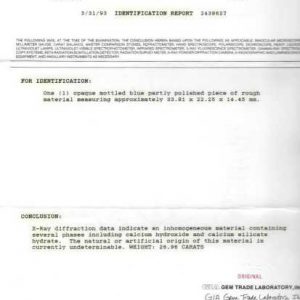 The enigmatic stone was sent to research laboratories worldwide, The tests were carried out in laboratories of the University of Geneva, Rome, Utrecht, Tokyo, and Freiberg, Germany.

The tests reported that the stones did not match any known mineral. The researchers could not explain the blue color of the stones. When a piece of the stone was reduced into fine particles and was viewed under a microscope, no blue color could be seen.

Neither the extreme heat could alter the stones nor the acid could break the stones down.

The further results showed that 77.17% of the stone was oxygen, the remaining was carbon, calcium and still, a part of it was made up of an unknown compound.

Pitoni was certainly seen in photographs along with the sky blue stones but obtaining hard evidence of his life is near to impossible.

Father Oluoma: If Your Wife Slaps You, Go And Drink Beer (Video)

All experts agree that the bluestone isn’t similar to any type of rock known in nature so it must be artificial.

The Italian geologist believed that this is an extraordinary object: a strange crystal found in Sierra Leone diamond fields that resembles a pure turquoise similar to some found on the pectorals of Egyptian priests. Analyses performed on this “Stone of Heaven”, as he calls it, revealed that it is different from any other gemstone known to man.

This story continues with a trip to Asia during a rare gem and mineral sourcing trip by the American artist and designer, Jared Collins.

Intrigued, but highly skeptical of the stone actually being anything it was claimed to be, Collins proposed to buy the small cutaway piece from the dealer so he could study it further, but the dealer just shrugged it off and refused to sell it.

He wouldn’t even name a price for the larger full stone. Collins was somewhat taken back by this as the dealer’s business was solely based on buying and selling stones, not collecting them.

The dealer replied, “when I received several pieces of the stone, I too was thinking this story has no credibility, so just for the hell of it, I cut off a small sample from my larger piece and sent it over to Dr. Preeti at GRS Swisslabs to see what he had to say about it through testing. Dr. Preeti called me back to ask what this stuff was because he couldn’t determine its composition and ended up returning it as “unidentifiable.” Dr. Preeti only mentioned that he did not believe that the material itself was natural, but the element creating the blue color might be organic. – Jared Collins 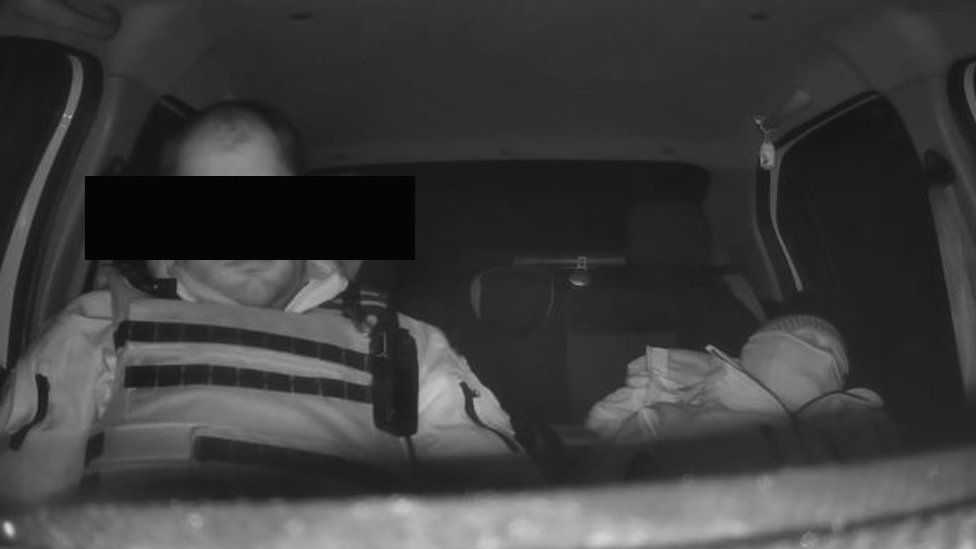 1 thought on “Have You Heard About The Alien Stone Found In Sierra Leone, West Africa?”