A number of parents have gone on Twitter to raise awareness about a subject that is affecting them.

As a new school session resumes, parents have to buy new text books and note books for each child in addition to paying school fees.

He’s Giving me Headache in my Head. I Don’t Want Him to Kill me – Little Girl Cries about Her over Active Younger Brother Who Is Giving her a Tough time While Taking Care of Him (video)

Many have now taken to Twitter to complain that schools use books as a source of income.

They pointed out that in the past younger siblings could use text books their elder ones used, but schools now force parents to buy new text books for their younger kids even when they have the same books at home used by the elder kids.

Others also pointed out that many schools now have customised note books which they force parents to buy at a higher rate than the rate of regular exercise books sold in the market.

Some parents tagged the Education Ministry to the post and asked that something be done about the issue. 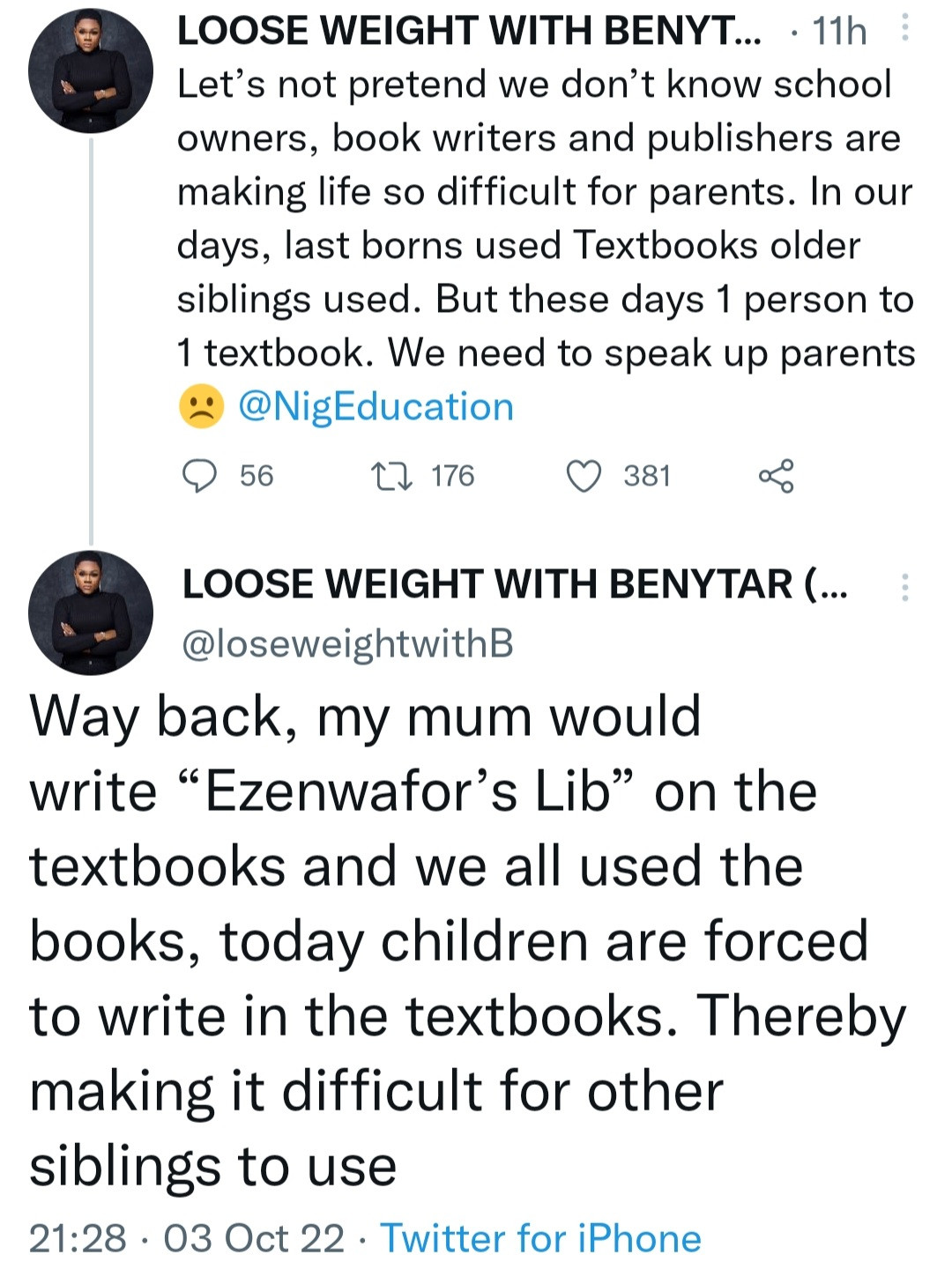 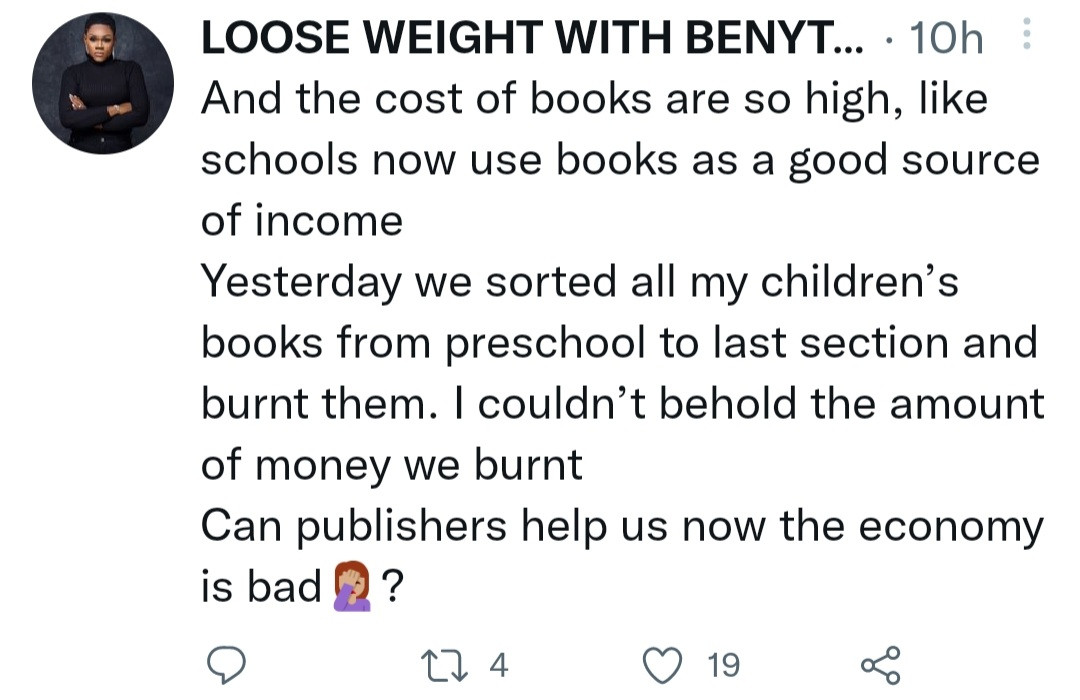 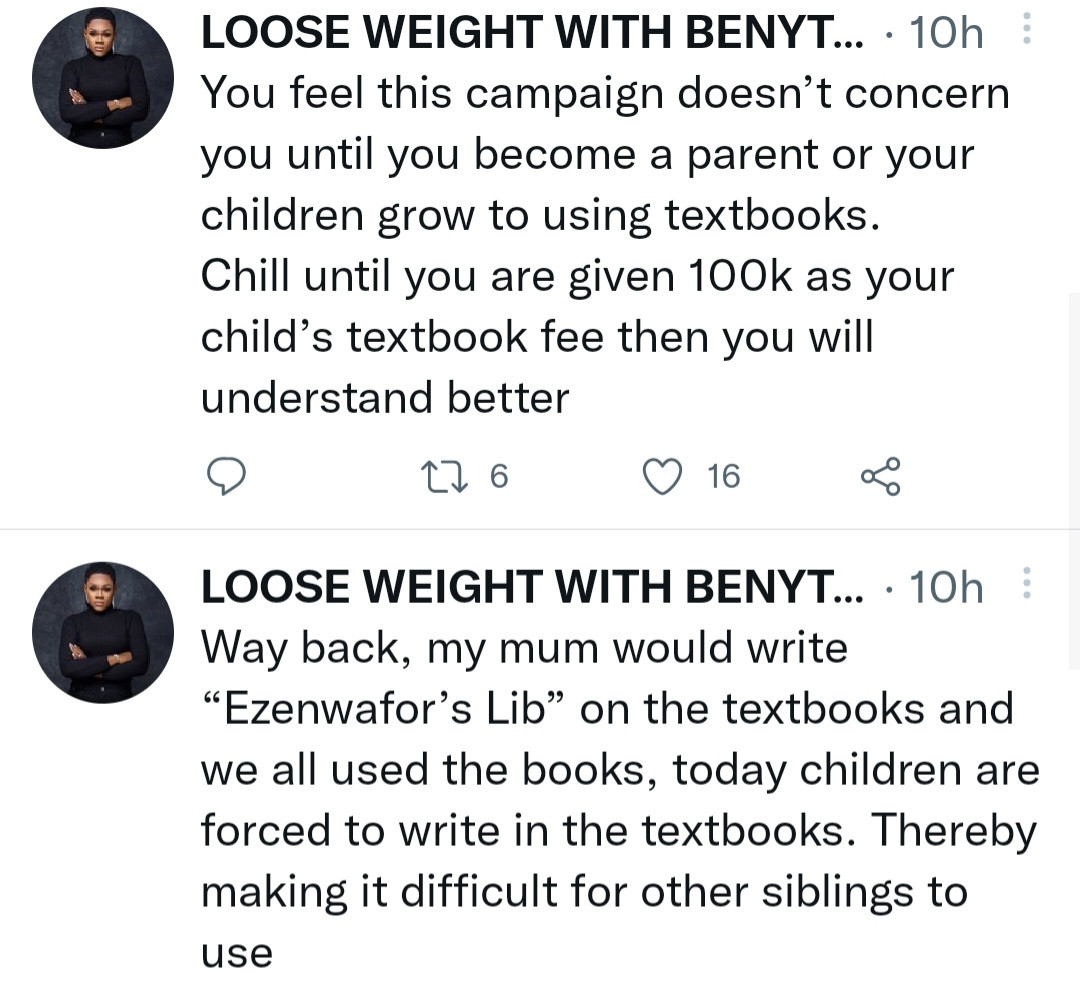 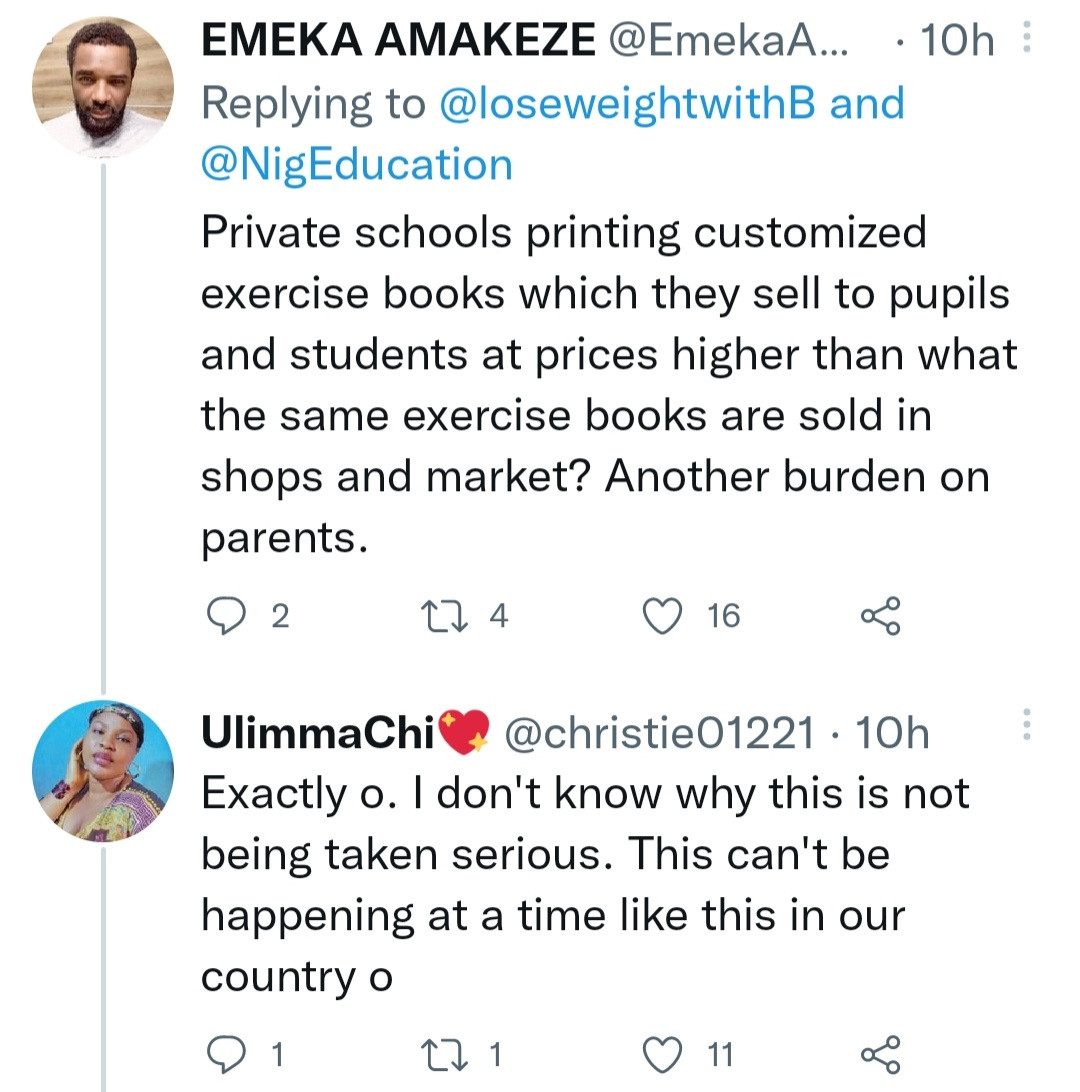 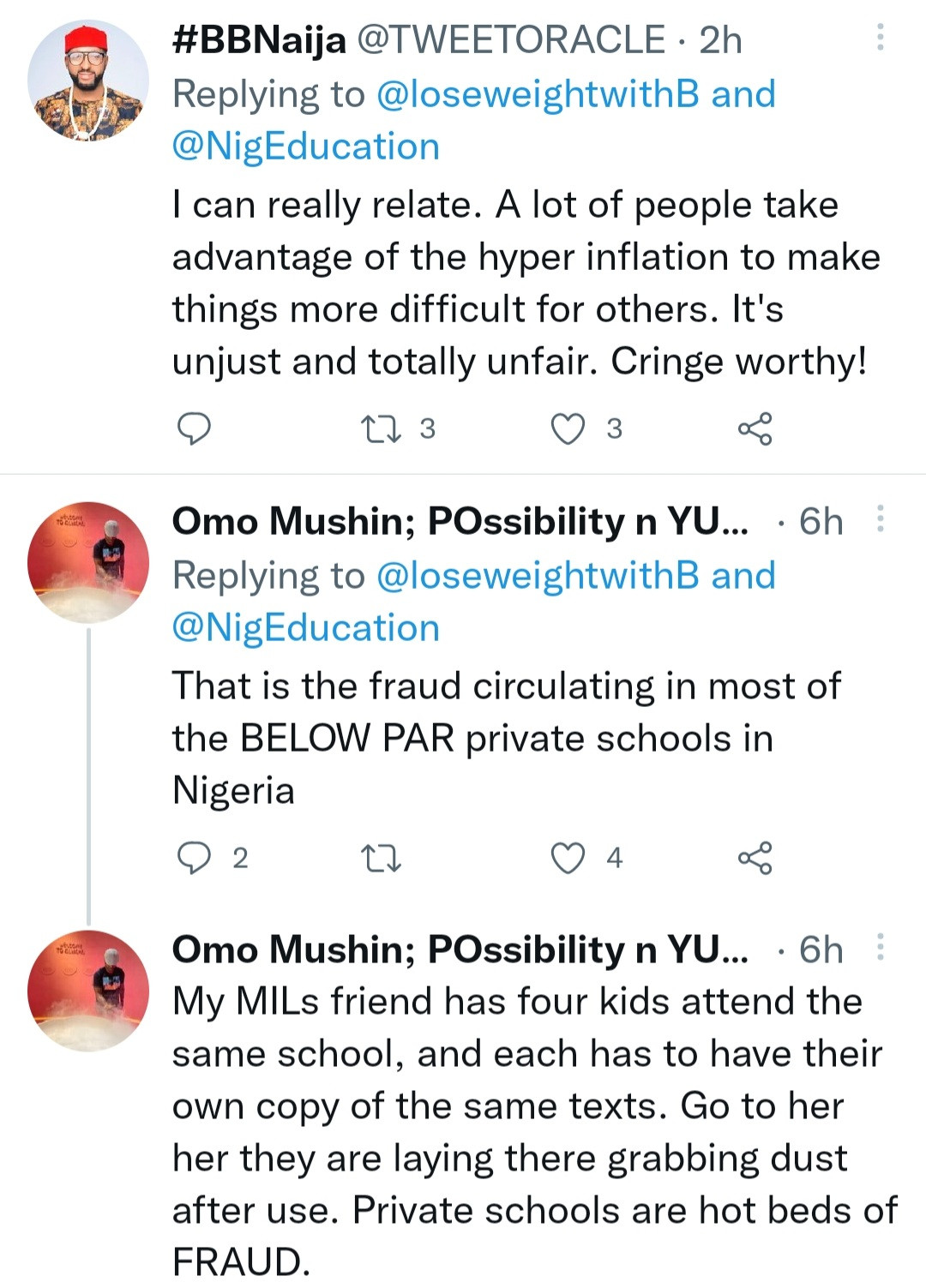 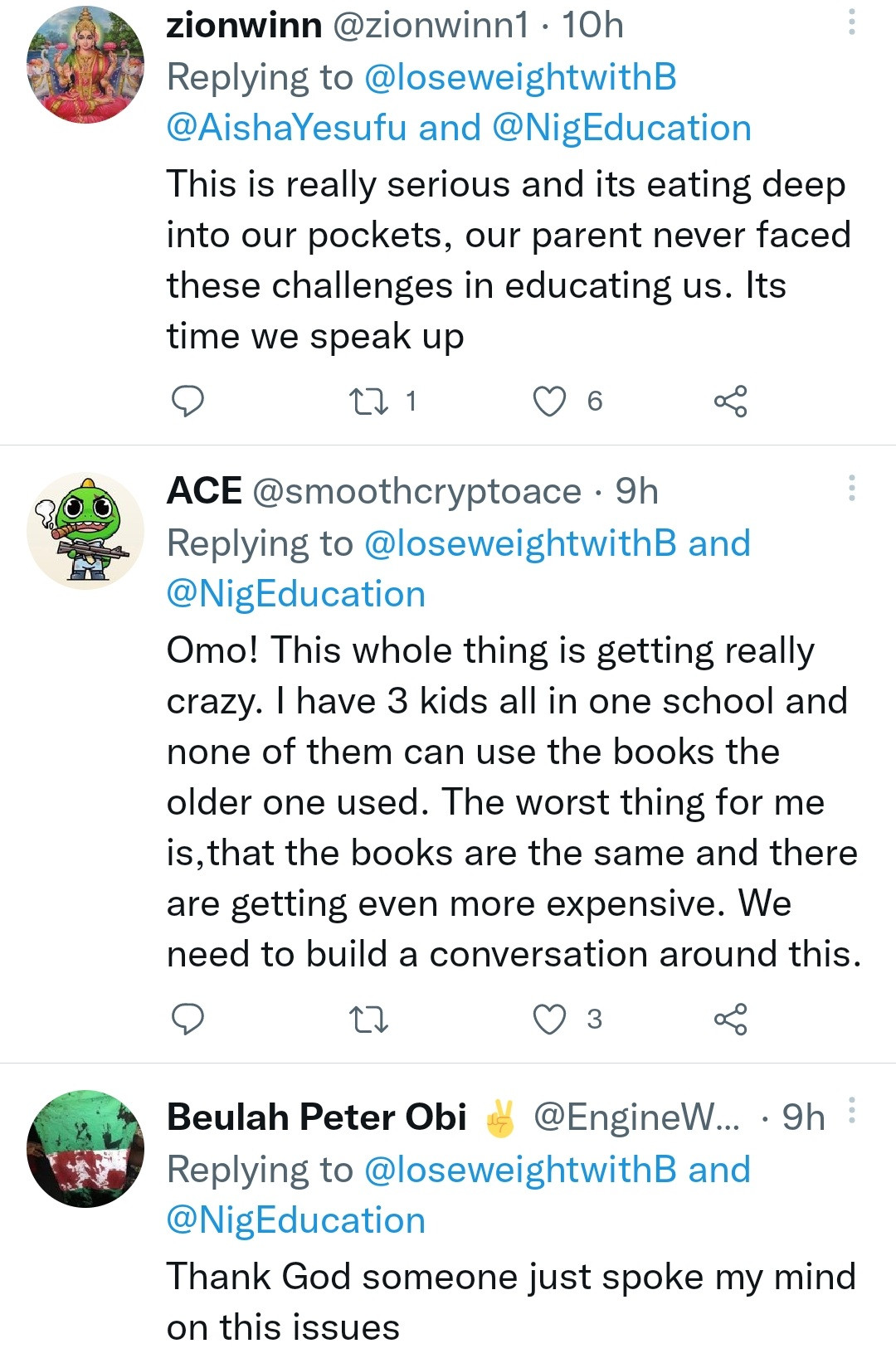