Students of Our Lady’s secondary school Iyiowa, Ogbaru and other schools in the area have had to flee school immediately as news filtered in that unknown gunmen enforcing sit at home today were in the area.

There is currently a shootout in the area between the unknown gunmen and the Nigerian Navy.

There is pandemonium as gunmen invaded schools in Onitsha and some parts of the Idemili area of Anambra State, chasing students out of the classrooms. 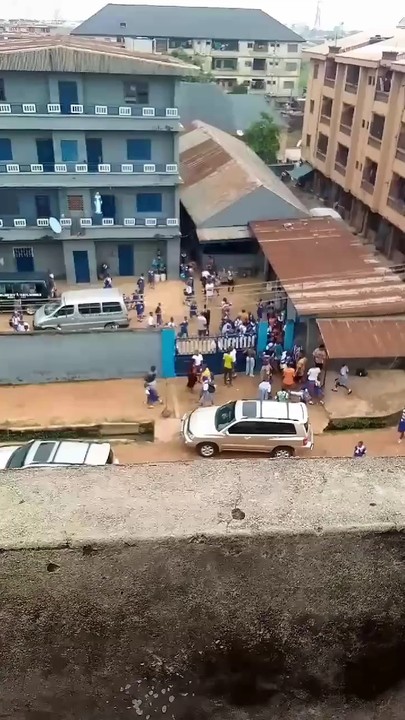 The gunmen were said to also invade markets and public places to chase people away.

It was gathered that the gunmen claimed that people should go home saying today is “Biafra Day”.

Every May 30 is set aside yearly to celebrate Biafra Day but this year’s edition coincided with the Monday sit-at-home which was observed yesterday.

The hoodlums were said to insist that today must be observed as sit-at-home to mark the annual Biafra Day because yesterday was the normal Monday sit-at-home day and not Biafra Day.

Already, there were fears among the people earlier in the day about whether to go out or not and some of the people who stepped out have started returning to their various houses, The PUNCH gathered.

It was also gathered that there are heavy shootings between security agencies and the gunmen in the Idemili area.

The police spokesman in the state, Tochukwu Ikenga, did not take his calls for confirmation as students have returned home.