Nigerian rap star has spiked fans interest with a series of videos of his son, Batifeori Maximilliano Adedeji, showing off his basketball skills.

The boy has a mini size Basketball hoop in his room and he was playing in his room while his father watched in silent awe. 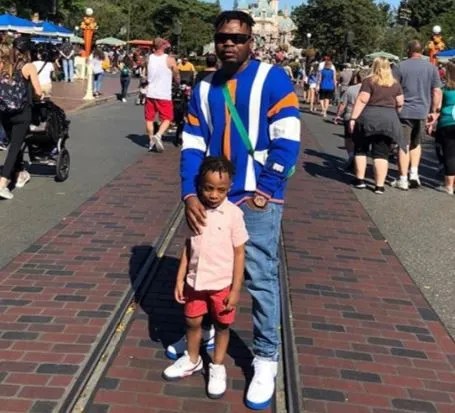 Milli scored a field goal and Olamide screamed in amazement. He also decided to edit some flames on the kid to indicate that he was on fire.

The rapper shared the clips without any caption but fans made sure to hail the father and son.

See the video below

samihott_ybnl; You can’t watch this video once

officialyoungai; Your Papa self never misses

mayriham_mimi; Just be feeding us today..love me some active olamide