Odogwu wore a shirt that could pass as a crop-top and people questioned his fashion choice.

Nigerians on Twitter have called out Grammy-award winner, Burna Boy after he was spotted performing in crop-top.

Many mocked him saying he’s doing too much.

According to Twitter users, he should invest more on his stylist.

Odogwu wore a shirt that could pass as a crop-top to perform on stage forcing people to liken it to a similar one won by Arya Starr. 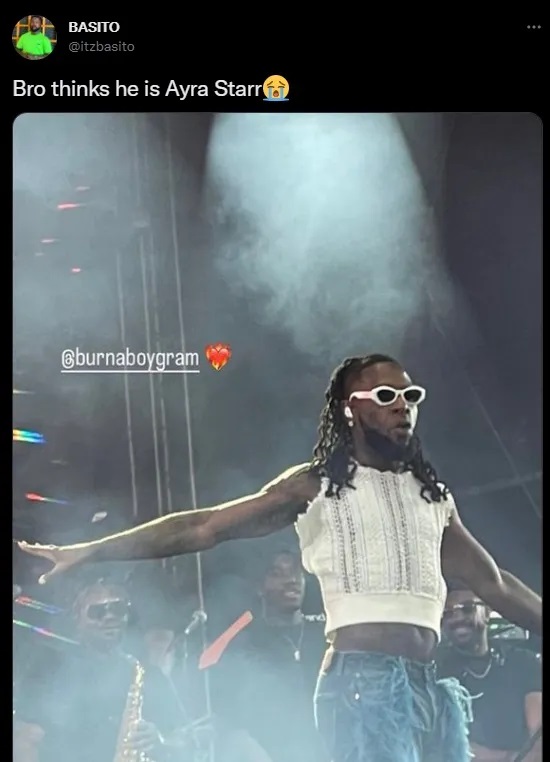 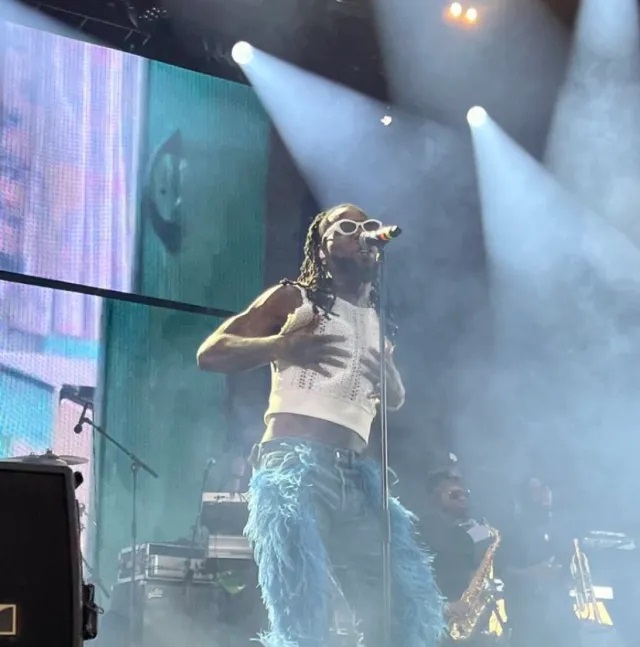 Why Burna boy go wear crop top 👀wtf was he thinking? stefflondon you do this one Oya now

Still Cant Get Over That Pic With Burna On A Crop Top,