Ronaldo scored his 18th Premier League goal of the season during Man United’s 3-0 home win against Brentford by sending home a 61st-minute penalty.

But after the final whistle on Monday it seemed like Ronaldo was signifying he planned to stay at the club beyond this season.

After the game, Ronaldo joined the rest of his team-mates in a lap of honour to mark the Red Devils’ final home fixture of the 2021-22 campaign. 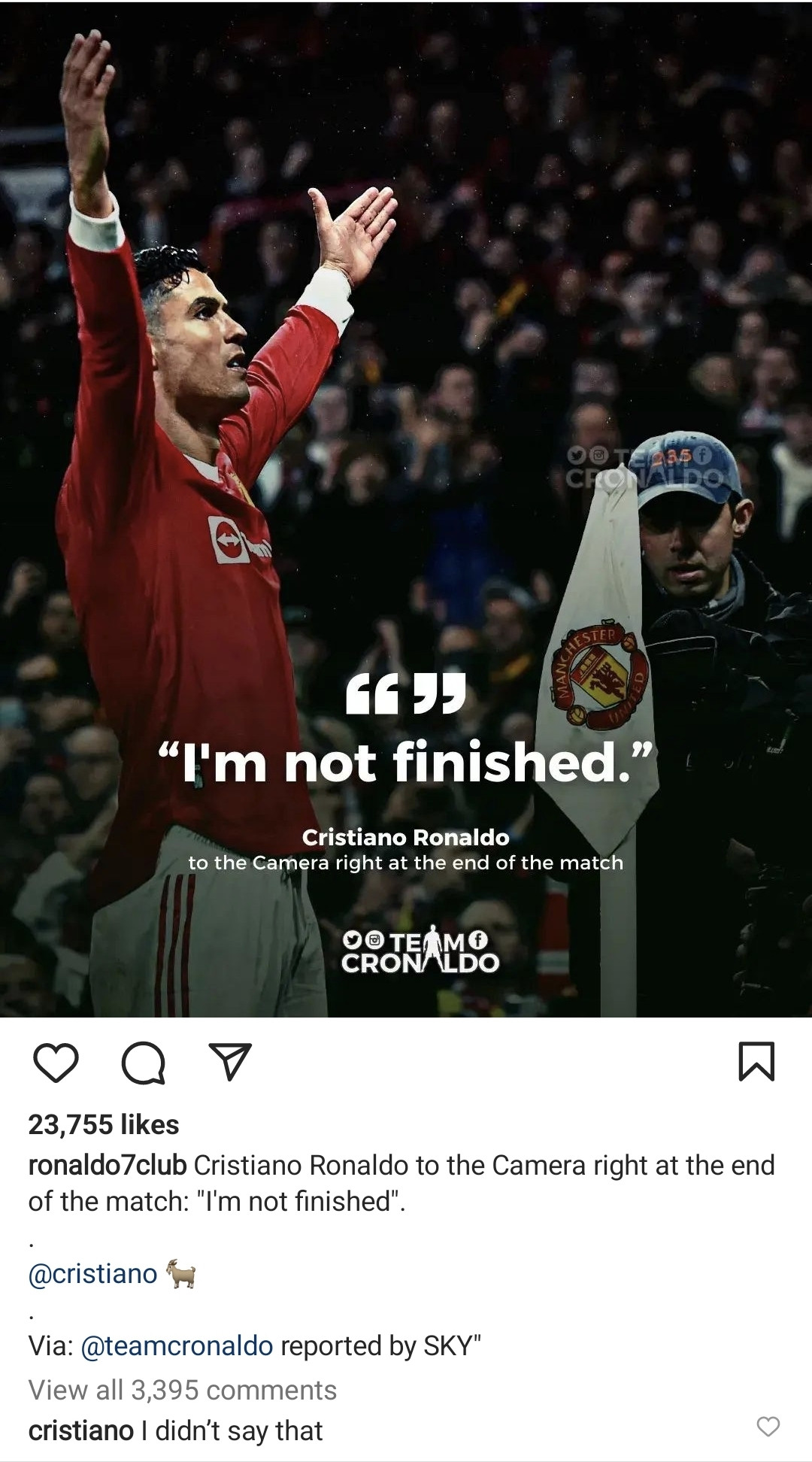 As he was walking , Ronaldo, 37 could be seen talking into the camera at one stage.

A fan account on Instagram claimed that he said “I’m not finished” in a hint that he will see out the final year of his contract at Old Trafford.

But Ronaldo shut the rumour down, replying on the comment page; “I didn’t say that.”

Ronaldo joined United from Juve last summer, and has since netted 24 goals across all competitions for the club. However, he has been linked with a number of top clubs, including Ligue 1 champions Paris Saint-Germain.

When walking off the pitch in his final home game for Man Utd this season, Cristiano Ronaldo appeared to send a message to the camera 👀pic.twitter.com/8zW02vGYgw