The history-making musician has performed on numerous stages across the world, but her fans have something to say about this one.

Tems, the popular Nigerian singer, has caused a stir on social media.

She became a topic of discussion following one of her recent performances at a music concert.

The history-making musician has performed on numerous stages across the world, but her fans have something to say about this one.

In the viral video, Tem could be seen cheering her fans and trying to entertain her fans with some dance moves.

But apparently, some of Tems’ fans have opined that she “is not a great dancer”. Others say that “her management still needs to coach her on stage performances”.

A user said: “Tem’s team needs to find her a stage performance coach ASAP while she is still in vogue.

She has great potentials and currently has the star power to share the same stage as the top artistes in the world but not with such stage presence.”

Below are some reactions: 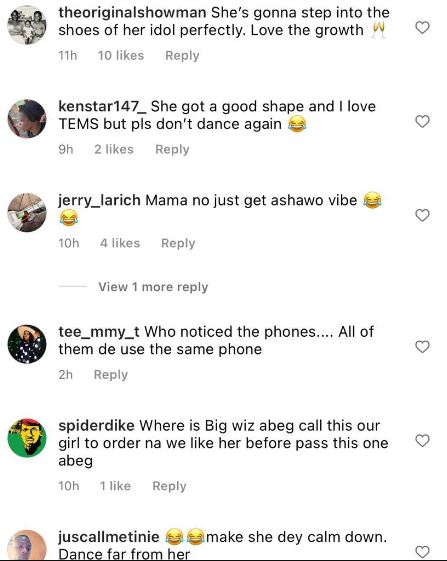 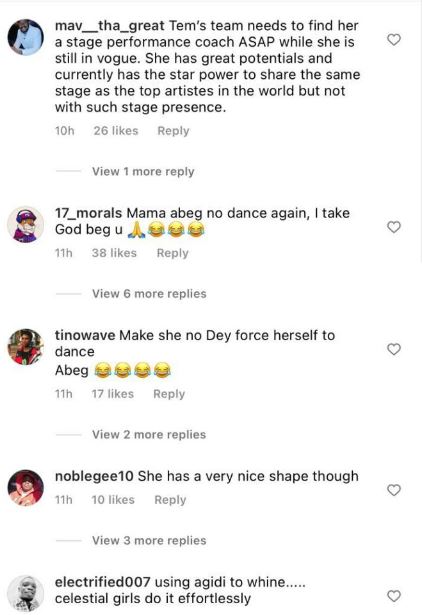 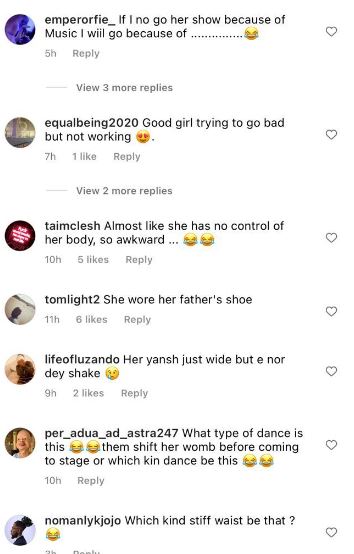