A first year student of the University of Port Harcourt, Rivers state has reportedly resumed school with a Mercedes Benz.

He left his colleagues amazed when he arrived on campus in a black coloured Benz and he also showed up with a body guard. 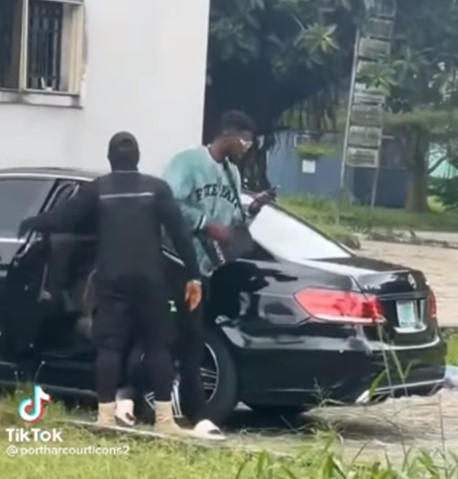 This comes days after Academic Staff Union of University called off its industrial action.

The 100-level student was driven to school by a hired chauffeur could be seen stepping out of the whip as his guard escorted him to class.

He walked up to some friends and exchanged pleasantries with them as his security man stood guard right behind him.