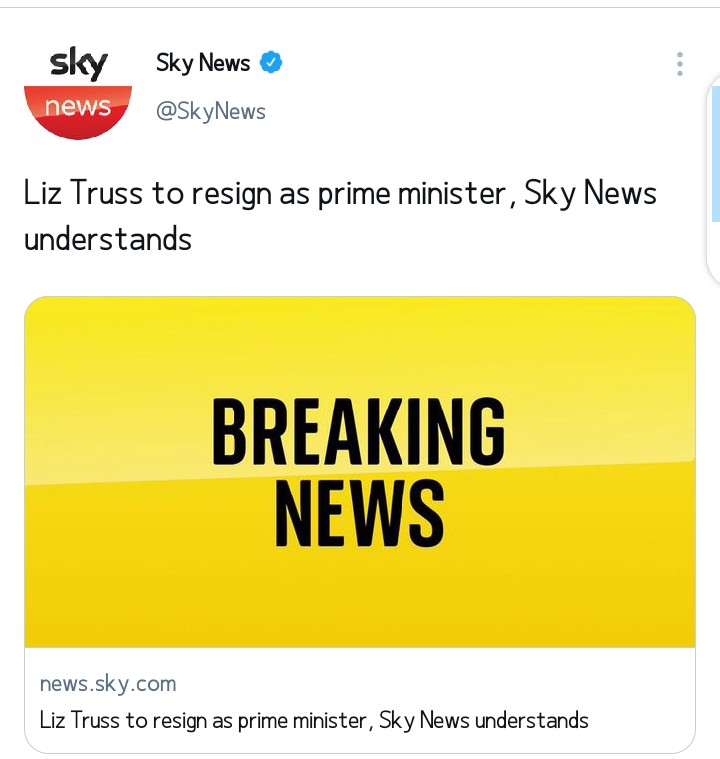 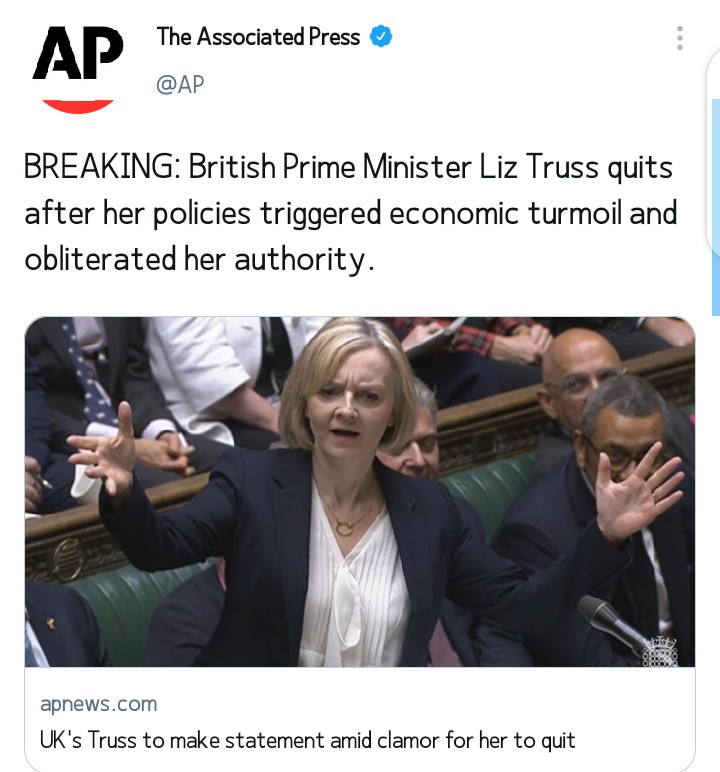 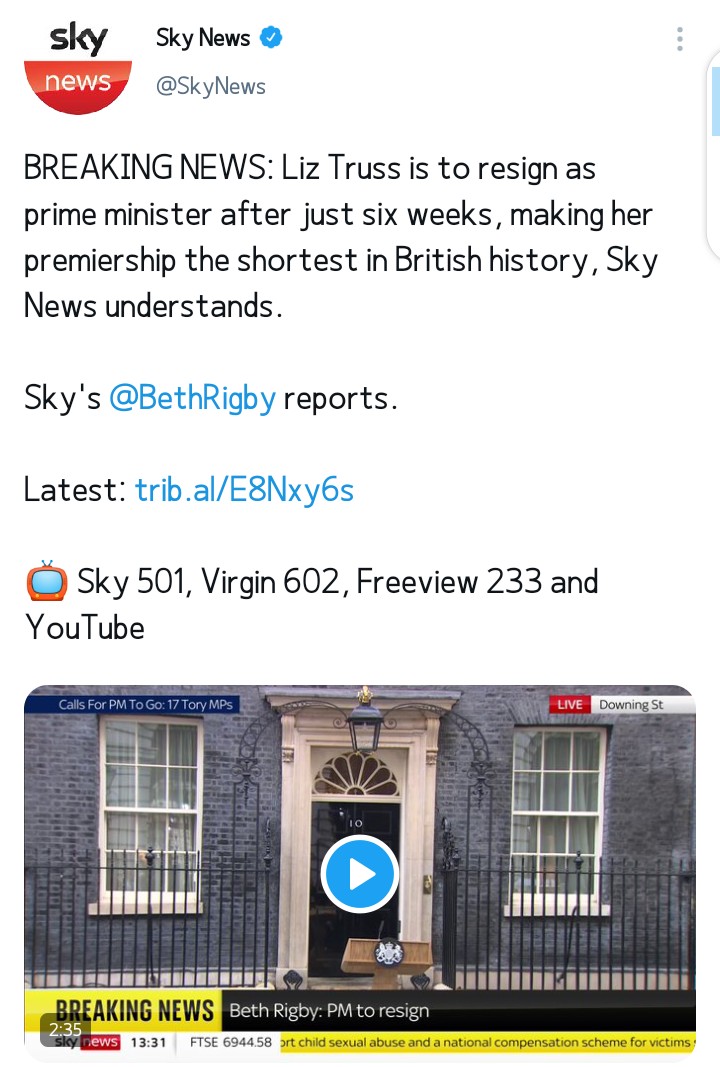 The committee oversees the election of party leaders, or any Conservative party-led vote of confidence in a current leader. Such a vote can be triggered by 15% of Conservative MPs (currently 53 MPs out of the 357 sitting MPs as of October 2022) writing a letter to the chairman of the committee asking for such a vote.

– The U-turn in her mini-budget

– The sacking of the Chancellor, Kwarteng

– The chaos in the Commons last night

16 MPs have formally asked her to leave. Statement due by 1:30pm UK time.