An interesting encounter between a man and his wife’s secret lover was captured in a video which surfaced on social media.

The woman’s husband seems to have returned home unannounced and this forced her boyfriend to seek an escape through the window.

They apartment is located on the middle floor of a high rise building so the young lover had to risk his life jumping out of the window and running on the panes. 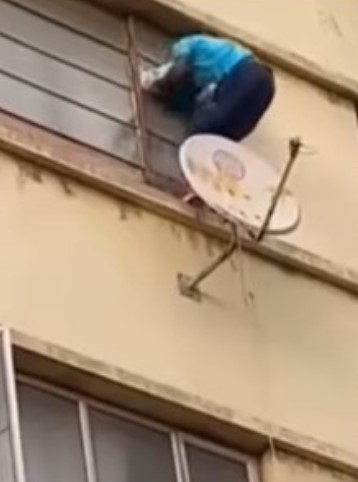 However, as he was escaping, the woman’s husband opened one of the windows and tried to swiftly grab his legs but he was unsuccessful.