A video which has gone viral on social media captures the interesting reaction of a lady to her man’s proposal.

She was blindfolded and led to a place where her boyfriend knelt down on a floor beautified with rose petals used to form a love shape. 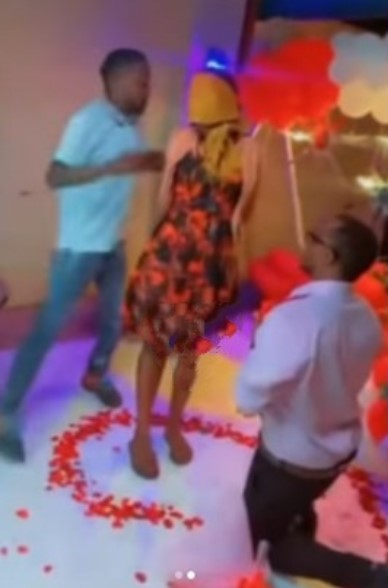 As soon as the blind fold was removed and she saw him holding a ring, she took to her heels in shock and disbelief.

The lady was however, brought back by friends who were part of arranging the surprise proposal and she said Yes.

Tinubu: Buhari Was A Serial Loser Until I Made Him President, It Is Now My Turn –

He subsequently put the ring on her finger and they hugged amid cheers from everyone present.