A young man’s emotional reaction did a 360 turn around from stoicism to over excitement after getting a surprise cake on his birthday. 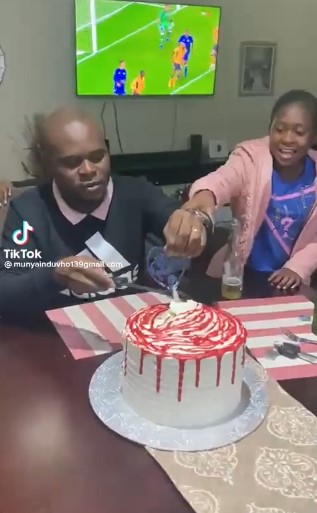 In a video which has gone viral on social media, he was given a knife to cut the cake but he did it with little interest.

Interestingly as he was sluggishly trying to cut the cake and get it over it, a young girl who was beside him helped by directing him to lift the insignia placed ontop.

Video: I Want to Have Enough Kids so I’d Never Do House Chores Again – Man Tells His Pregnant Wife

That was when he realised that money was put inside, and he immediately screamed in excitement while pulling out the well packaged cash that was stringed together. 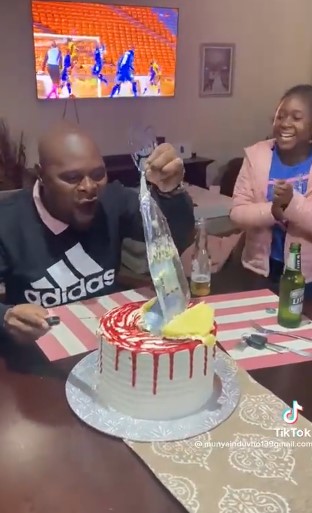 He stood up from his seat and continued pulling out the money while smiling from cheek to cheek.