A toddler who believes in the law of retaliation has been captured on camera exacting her revenge on a dog.

The baby girl put her finger inside the dog’s mouth while trying to feed it, but she got bit in process.

She burst out crying over the pain but she did not weep for long as she decided to get even with the canine animal. 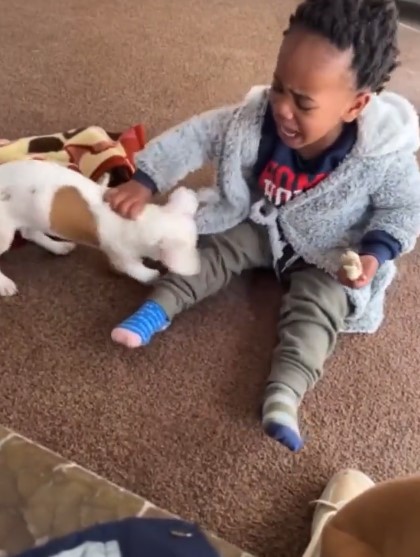 The girl grabbed the dog and held onto it firmly while biting hard into its fur and it turned into a struggle for survival as she also attempted to choke the animal.

Four Nigerians Arrested in Philippines for Allegedly Forging Government IDs, Other Documents after Being Exposed by a Lady

The little puppy managed to wriggle itself free from the girl’s grip and ran away just as the baby was about to grab it again.