Nigerians have take to social media to react to a video of a Korean man singing Pheelz and BNXN’s song, Finesse. 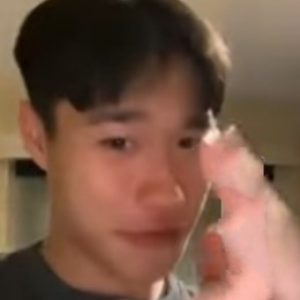 He sang the lyrics to the song in an acapella form and used a local accent that made netizens burst out laughing.

His roommate was an African, but it is not confirmed if he is Nigerian. While the Korean lad sang the song as though he were an African, he got to a part where the lyrics escaped him and he just mumbled the words.

Hilarious reactions trailed the clip as seen below..

slay_withadun; That guy at the back has finished work on him😂😂😂

damyasky; He be like say ogun wan fire u sha … 🤣🤣🤣 with this rubbish u Dey sing … I Dey quick vex oo

dysonnmix; Wahala if I broke na my business