A notorious burglary suspect arrested in Nasarawa State has been identified as 36-year-old Godwin Moses, popularly known as Yellow.

LIB reported that the suspect was apprehended for burglary and theft at Lowcost Housing Estate in Akwanga, Akwanga Local Government Area of the state on Friday morning, October 7, 2022.

The suspect simply known on Facebook as ‘GM Gold’ is alleged to be responsible for the recent cases of theft and burglary in the area.

Godwin Moses is also said to be a staff of the Information Unit of Akwanga-West Development Area. 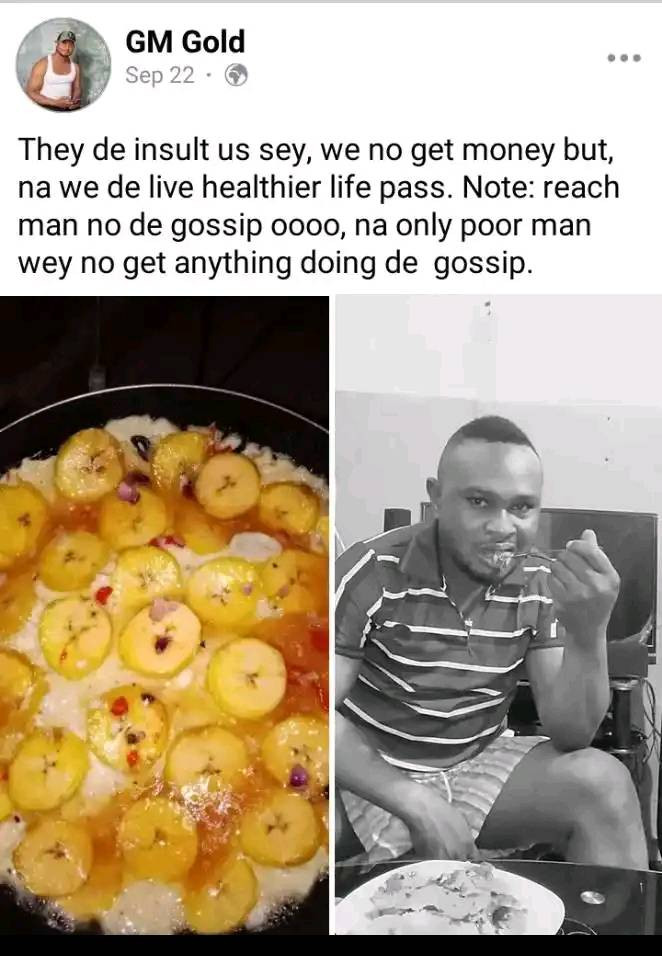 In a Facebook post dated September 22, 2022, the suspect posted a photo of himself eating plantain and egg sauce.

“They de insult us say we no get money but na we dey live healthier life pass. Note: rich man no de gossip ooo, na only poor man wey no get anything de do gossip,” he wrote.

In yet another post dated July 27, 2021, he lauded a woman over “security of lives and properties” in Akwanga LGA. Reacting to the arrest, one Vansabo Nuhu Tsilako, advised people to live within their means.

“See result of fake life. See how celebrity ended up. Cut your suit according to your clothes guys and stop living fake life.” he wrote. Another Facebook user, Daniel wrote: “How funny Nigerians can be… The same guy talking about security lives and properties in Akwanga was caught in the early hours of today burgling people’s houses in Low cost Estate Akwanga….. Kai. Be careful, be watchful. People keep saying why will anyone handsome guy like this be a thief… Something wey them no dey write for face. Dear ladies, no b every fresh money looking young man u see in Jk,Simadoo or anywhere in akwanga spending money u will start following.”