Fans have been left shocked at the kind of funeral organised for murdered rapper Goonew.

The rapper, whose real name is Markelle Anthonio Morrow, was shot and killed in Prince George’s County, Maryland, on March 18.

The public viewing/funeral for the rapper held in Bliss nightclub on Sunday, April 3.

The event has gone viral after a video of the deceased’s embalmed body propped up on stage at his own funeral was shared online. 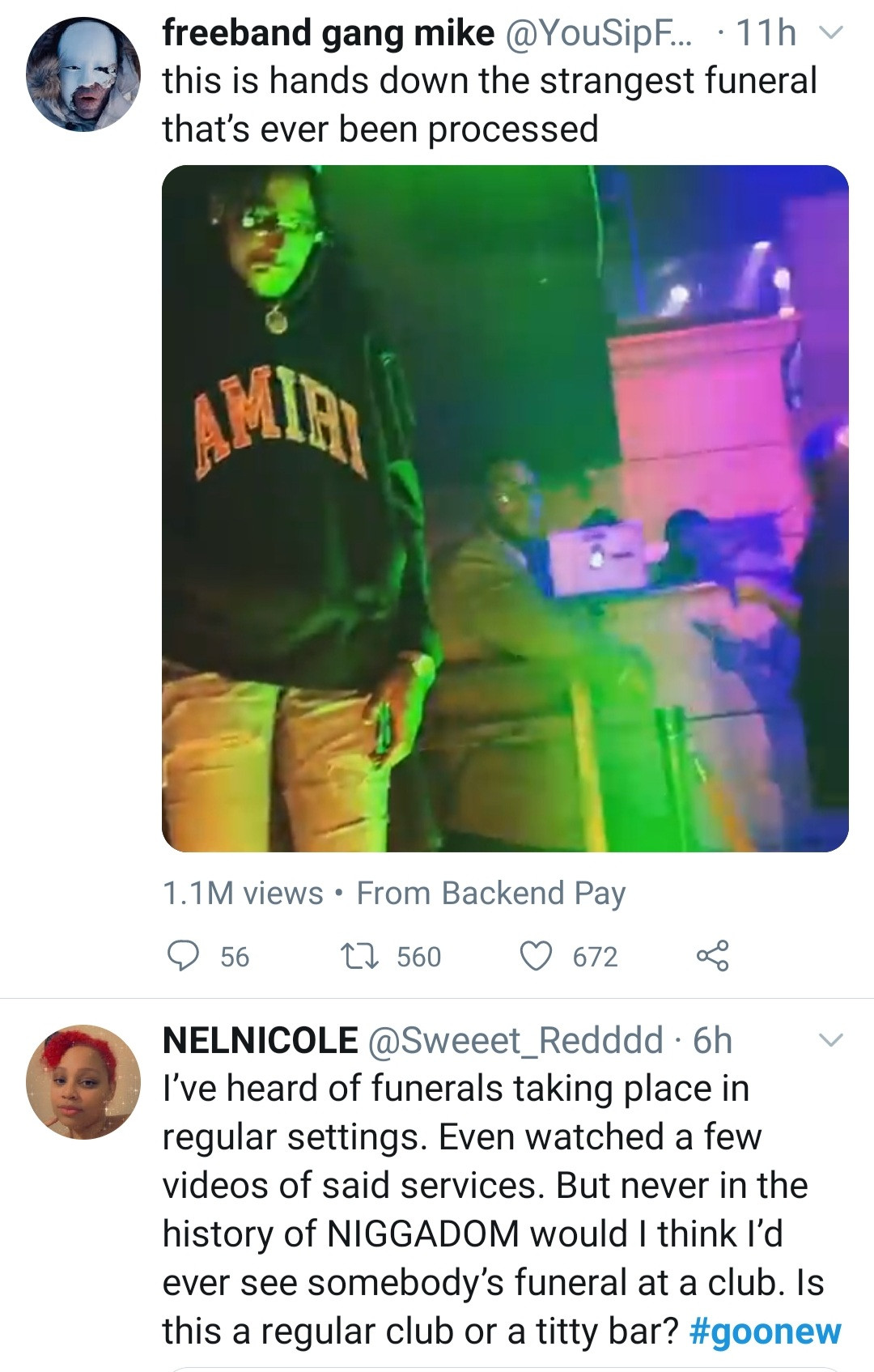 The rapper’s body was dressed in designer clothing and a crown was placed on his head. He was then made to stand at the event.

This has led to mixed reactions. 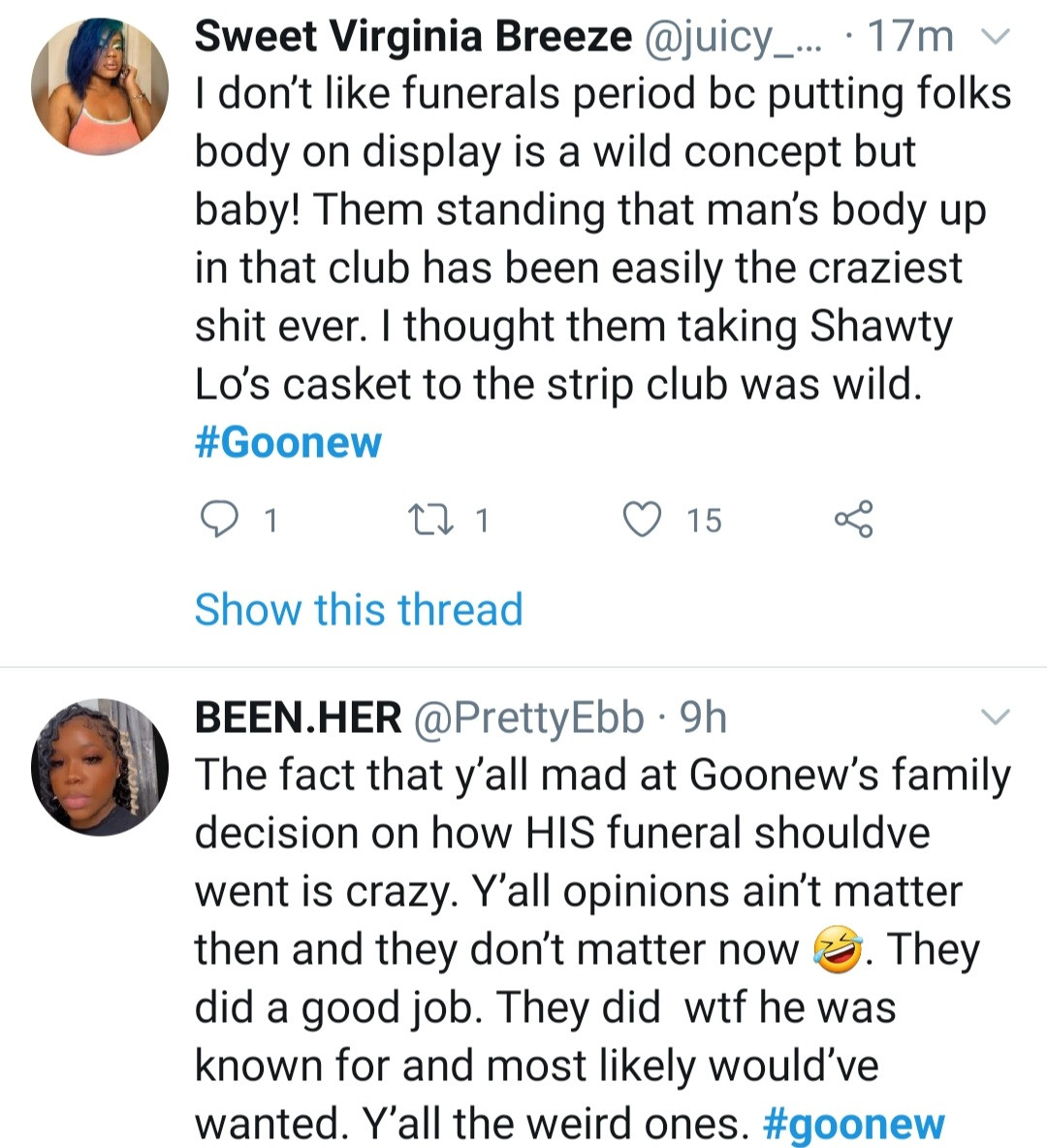 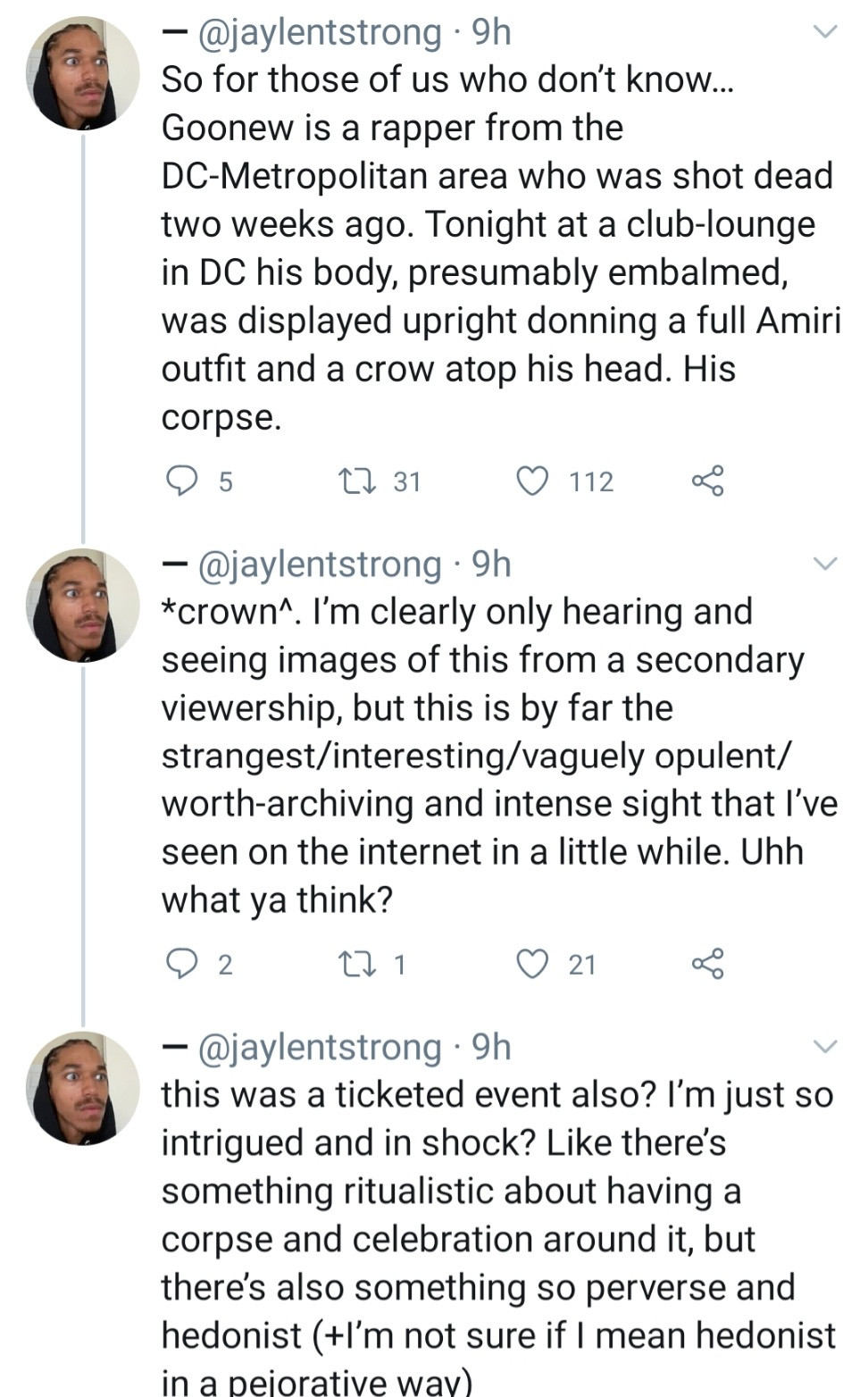 this is hands down the strangest funeral that’s ever been processed pic.twitter.com/NzRZmVezZy