A South African transgender known as @Tholang_Motsumi, has sparked reactions on the microblogging platform with male-to-female transition pictures.

The reality star and actress who transitioned into a woman, shared his childhood photo as a cute boy and put it beside a recent photo of him as a young ‘pretty’ lady. 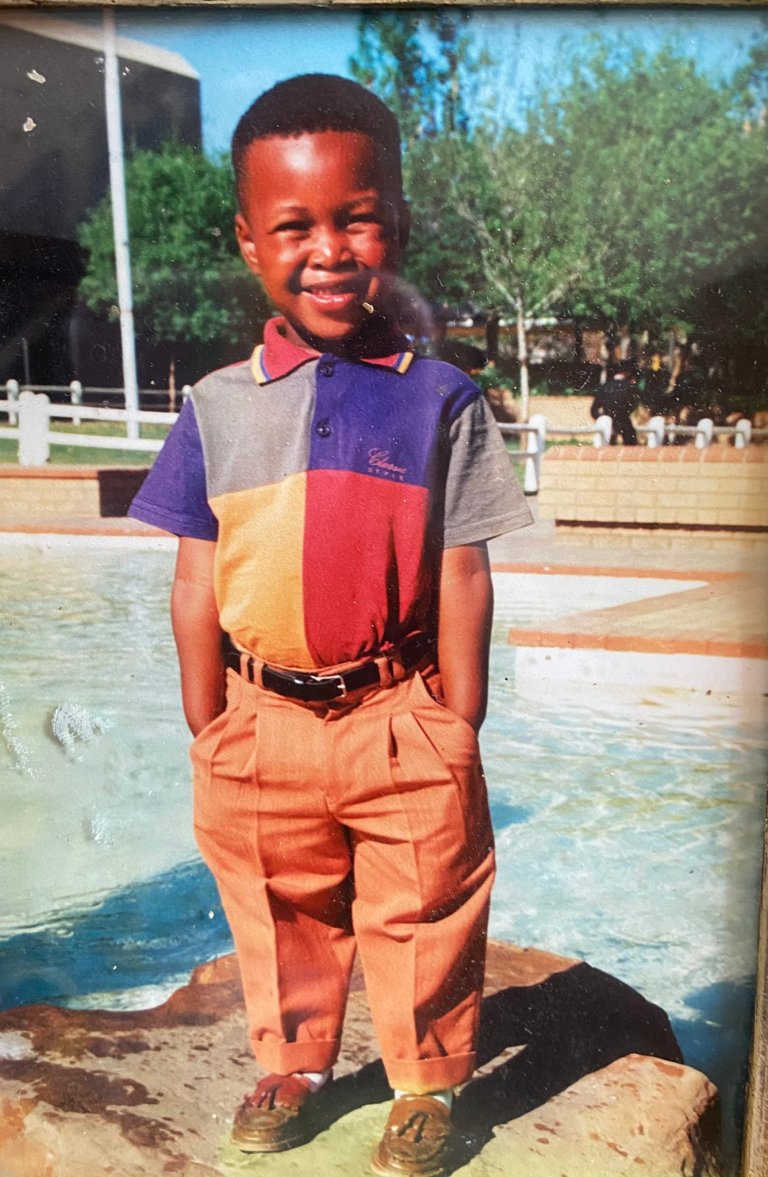 The photos left many netizens in shock and they opined that they would start asking people about their birth genders as well as childhood photos. 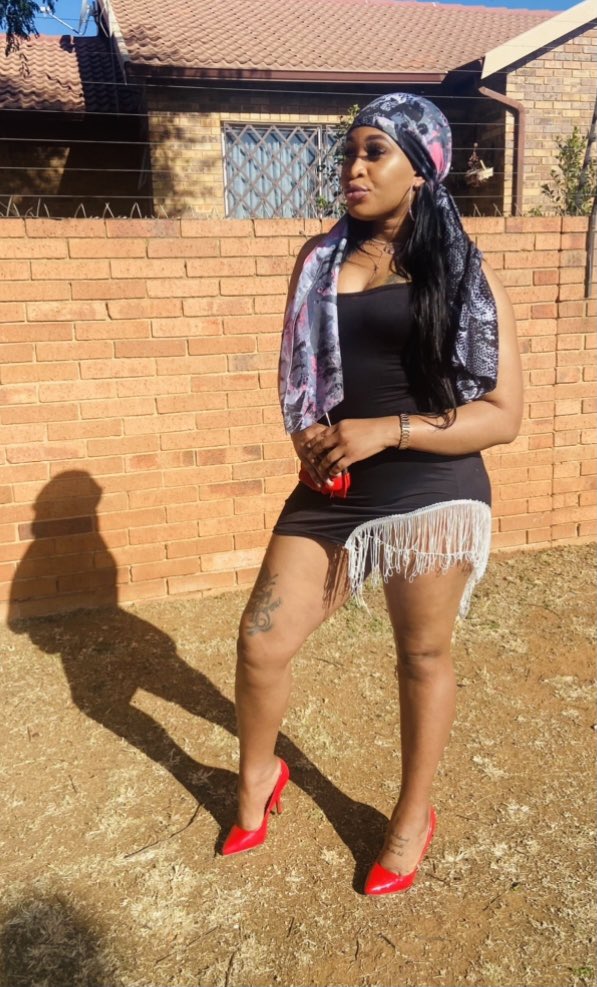 According to Tholang, the childhood picture is him when he was a 5-year-old boy. 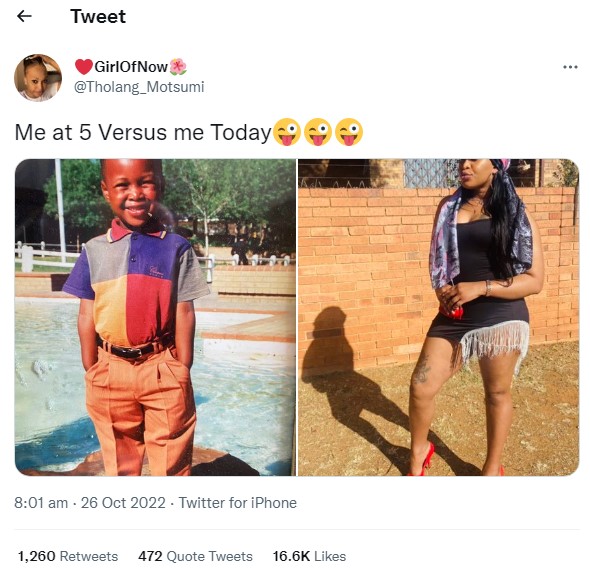