A video making the rounds on social media shows the moment a mother walked in on her daughter unintentionally damaging her devices.

She saw the little girl washing her laptop and two phones in a cute baby basin filled with water.

The kid was playfully cleaning the gadgets while in her special baby bathroom and as soon as her mum saw what was happening, she quickly took the three items out.

The baby girl who did not realise the damage she has done continued playing like everything was alright. 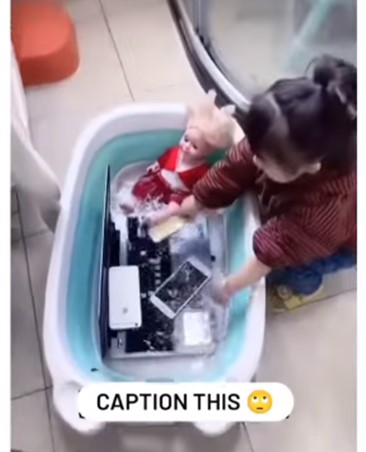 It was gathered that it happened in Singapore and the mum was furious because the laptop is what she uses to work from home.