Nigerian street-hop singer, Habeeb Okikiola aka Portable recently got into some trouble after he visited a hostel for girls at an undisclosed school. 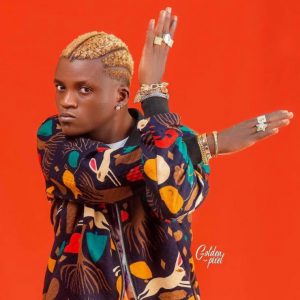 In a video which surfaced on social media, he was said to have entered the girls hostel to woo some of them when they raised alarm.

Some male students in the area gathered and almost mobbed Portable but he was able to get into his car before any serious harm was done.

In the clip, some men and ladies could be seen confronting him as he tried to wriggle his way out of their grip.