The community of Aguleri in Anambra East LGA, of Anambra State was thrown into turmoil over the weekend after the police opened fire on protesting youths of the community. 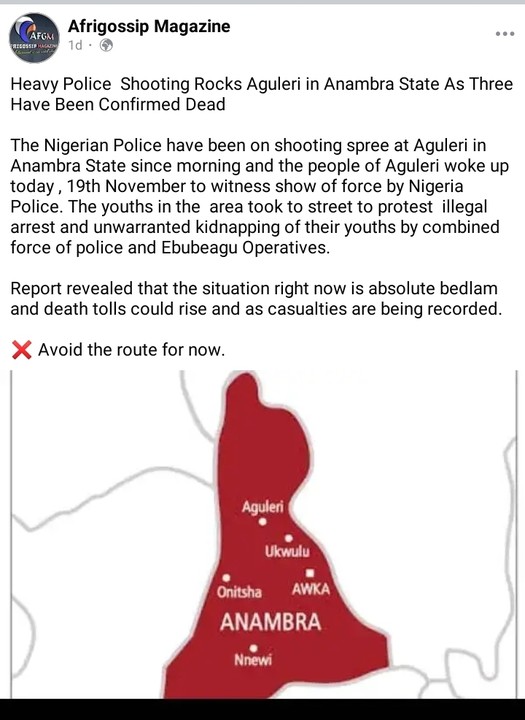 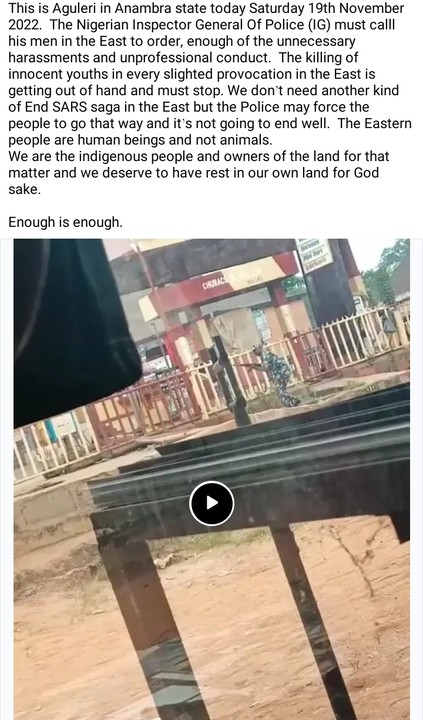 Trouble was said to have started on Saturday morning when the police arrested two youths on the expressway, who the police claim were internet fraudsters and shot them dead. This led to a march to the police station by protesting youths against police brutality and extortion in their community.

The protesters were however violently dispersed by the police who opened fire, leading to a clash between the youths and the police. However, armed men were reported to have appeared on the scene later on and exchanged fire with the security operatives for hours.

Reinforcements were however sent to the community the following day, Sunday.