According to him, if Ronaldo is not scoring, he won’t be happy, adding that he saw it when the 37-year-old was at Juventus.

Ince said this ahead of Man United’s Premier League tie with Brighton on Tuesday night.

DAILY POST reports that Ronaldo has repeatedly found himself in the firing line for his attitude and reactions to being substituted or left out of the Man United squad. Catholic Prayers For The Sick

The latest incident presented itself immediately after the final whistle of Man United’s recent Premier League 1-1 draw against Burnley when he chose to head straight down the tunnel instead of thanking the fans.

“People were saying he would be great for the club, the players and the youngsters. We thought that would be the case but the example he’s setting, by throwing his toys out of the pram, is a bad one,” Ince told SunSport.

“Why would you listen to someone who is prepared to act the way he is? As we have seen on numerous occasions – running down the tunnel, not clapping fans, sulking – it is not a good example to set.

“I get the frustration but you have got to take that out behind closed doors, not in full view of the fans and cameras.”

Ince added: “He was flying when he started but then he stopped getting the service, started dropping deeper to where he was not a danger to anybody, and then the frustration came.

“He is a selfish player – Ronaldo is about Ronaldo. If he is not scoring, he won’t be happy. We saw it at Juventus when, after he left, Giorgio Chiellini said they can be a family again.

“It should be about Manchester United and the team but it has become all about him, and now we are seeing the full frustr 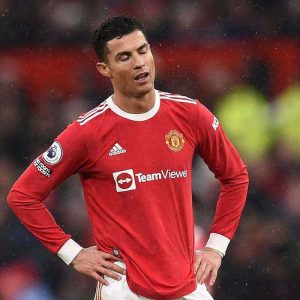