Leaked photos have shown nuclear-capable Kalibr missiles being loaded onto a Russian submarine for a possible attack against Ukraine.

Lethal Kalibr strategic missiles were spotted being put onto a Veliky Novogorod diesel-electric submarine, which is thought to be heading to Ukraine to potentially be used in the invasion.

The loading several days ago came ahead of a mission by the submarine in the Black Sea.

Ukraine’s Yug operation command said: “By blocking shipping, conducting surface situation detection and aerial reconnaissance, [the Russians] continue to carry the threat of a missile attack on almost the entire territory of Ukraine.” 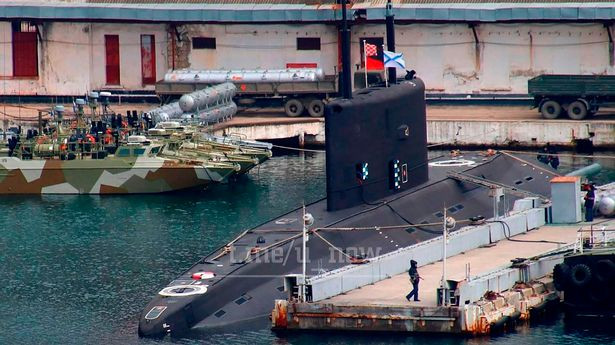 Russian defence minister Sergey Shoigu has boasted that deployment in Syria from the Caspian Sea “confirmed a high effectiveness of the missiles at major distances of nearly 1500 km (932 miles).”

It comes after a new British submarine worth £1 billion loaded up with missiles in a warning to Putin. The Kalibr can carry both nuclear and conventional warheads.

Conventional warheads are believed to be on the pier where the submarine is tethered in Sevastopol, in Crimea, annexed from Ukraine in 2014. The Kalibr has already been used in the current war to target Ukraine.

The missile is however prone to misfiring as seen last year from a warship on Russia ’s Pacific coast.

A video showed how a missile fired from frigate Marshal Shaposhnikov rose, and rotated alarmingly before crashing into the sea.

A voice of an officer making the film from the air is heard saying “Look, the sea is burning”.Eventually the Kalibr missile burned out in the Pacific Ocean, as the warship sped away.

Following a ballistic missile launch on Wednesday, Putin issued a chilling warning to the West as he boasted of a “big, significant event” for Russian defence. 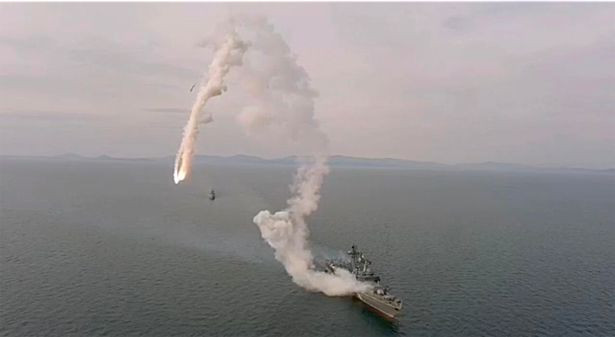 The Russian leader referred to the Sarmat ICBMs ballistic missile which could be launched by this autumn, with the ability to travel 11,000 miles and carry 10 or more nuclear warheads.

Putin also announced that the Sarmat will “ensure Russia’s security from external threats and make those who try to threaten our country with aggressive rhetoric think twice.”