Social media users are sharing different opinions after clergyman and relationship expert, Kingsley Okonkwo, stated that Jesus is not against divorced people remarrying.

While preaching recently, Pastor Okonkwo said he doesn’t know where people get the notion that Jesus is against divorced people getting married again. According to him, Jesus is only against separated couples remarrying but if they are fully divorced, they can remarry

”Jesus never said you can’t remarry when you are divorced. I don’t know where people even got it from. So what confuses people is that Jesus said if you put away your wife and you go and remarry, you are committing adultery

Roberto Gabriel Trigo: Footballer Who Brought Down A Plane With A Football Shot –

In counselling we call it controlled separation, so you are separated but working with a counsellor.

Separation is not divorce. You can separate and come back. When you are separated, you can’t go and remarry. That is what Jesus means that when you separate and go and remarry you are committing adultery because you are not divorced and if you go and marry somebody that is just separated and divorced, you are also committing adultery because the person is not preperly divorced. That is what it means.

While some of his followers agreed with his explanation, others are against it as they opined that Jesus is against divorce. 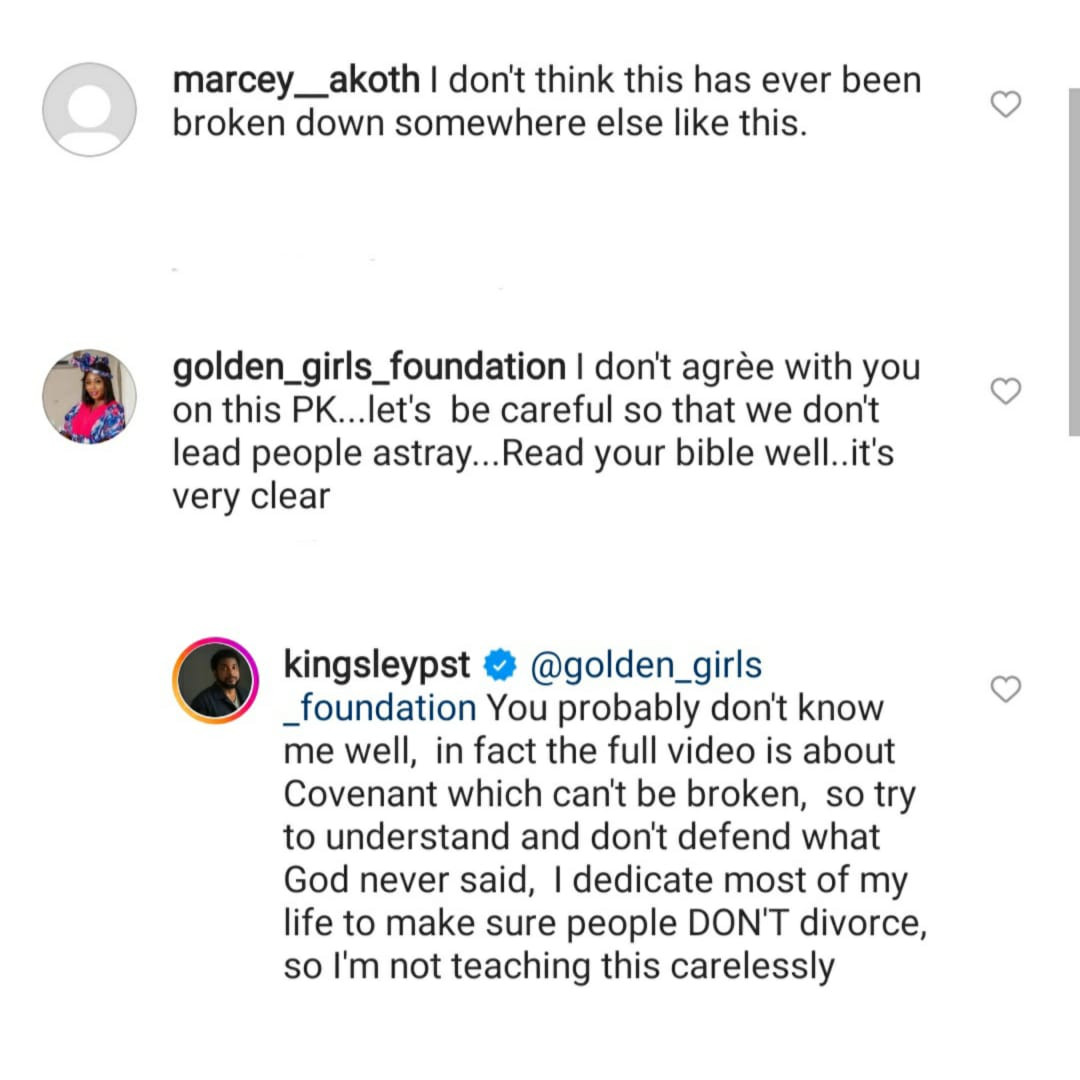 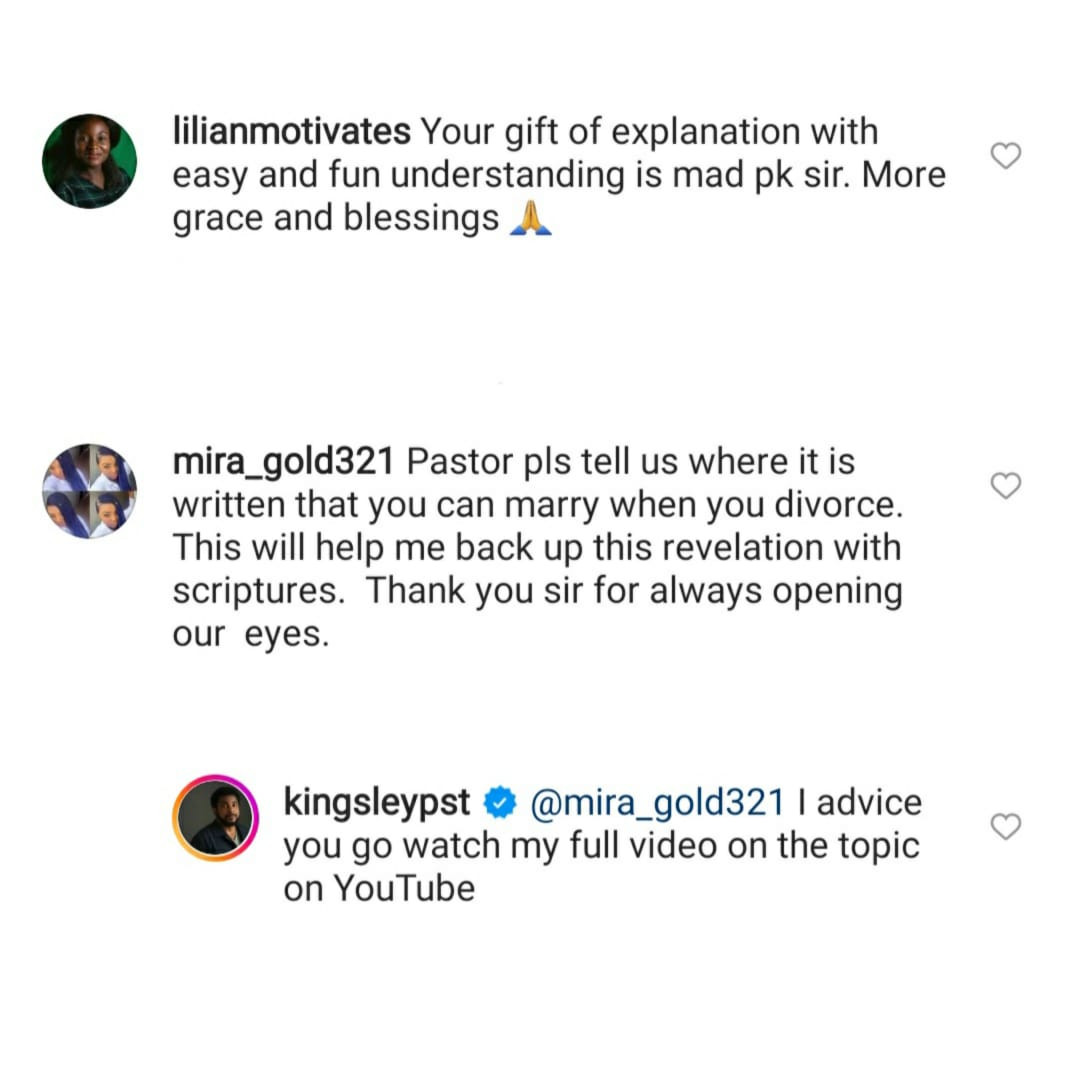 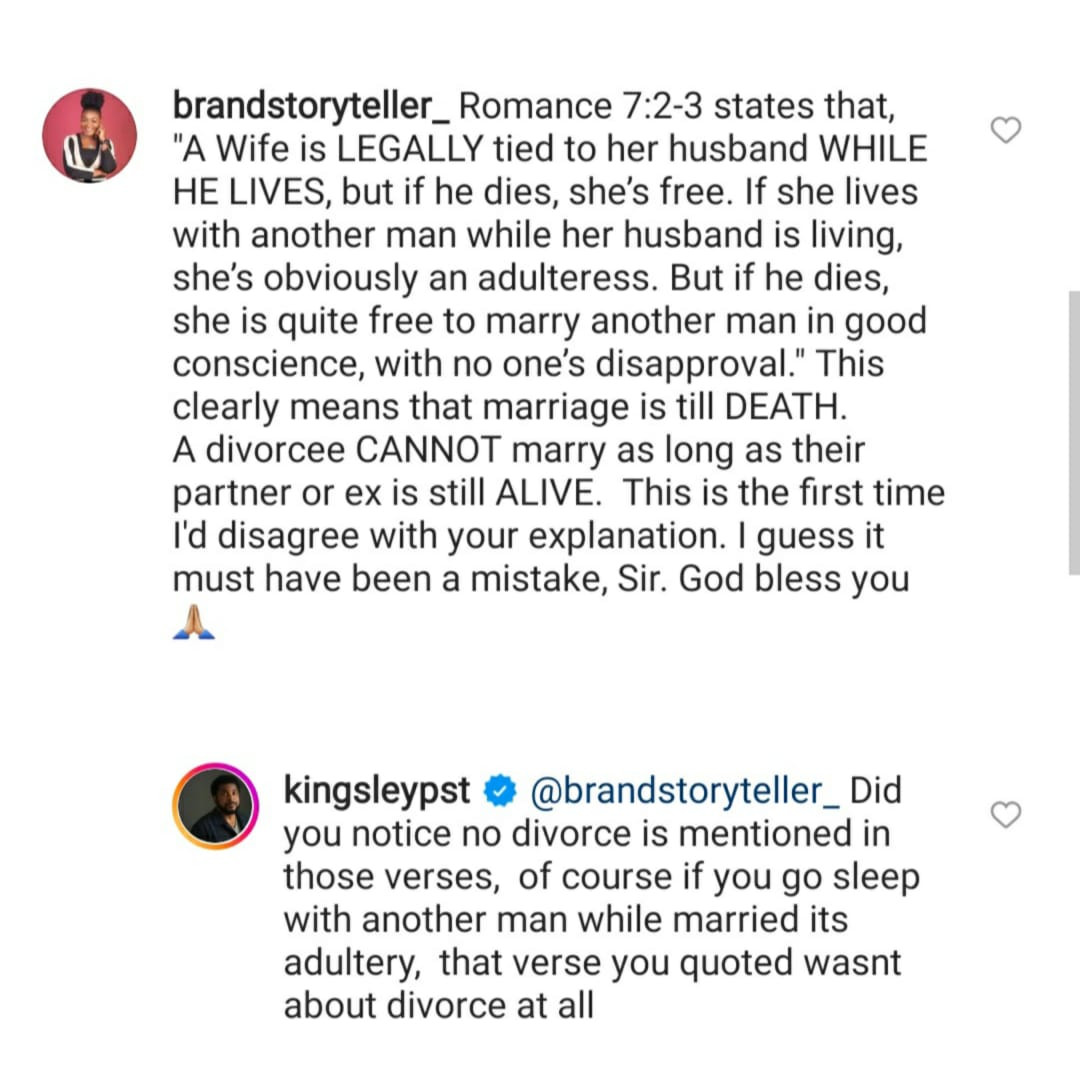 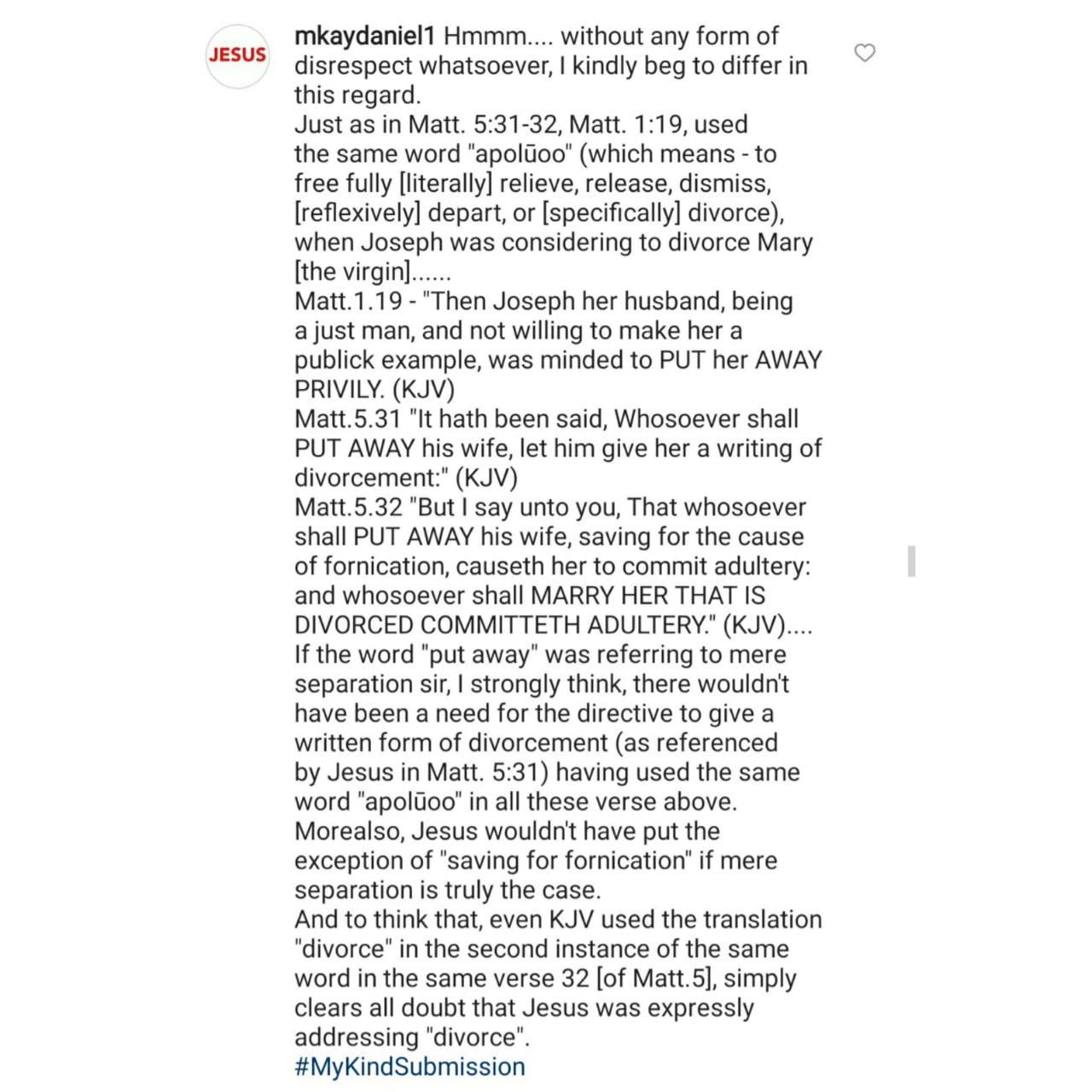