Epaulette sharks, found in the Great Barrier Reef in Australia, are able ‘walk’ on land by shuffling forward with their fins – and are able to survive for up to two hours without oxygen

Ground-breaking new research has found a shark that “breaks all the rules for survival”.

In a statement, Florida Atlantic University said young epaulette sharks are able to walk out of water using their fins – and can also endure around two hours without any oxygen.

This is a product of “challenging environmental conditions”, according to researchers.

Their habitat – Southern Australia’s Great Barrier Reef – can sometimes be completely isolated by the outgoing tide. The sharks therefore use their paddle-shaped fins to “manoeuvre into small reef crevices to avoid aerial and aquatic predators.”

Scientists are now investigating how these walking abilities change in an epaulette shark’s early development.

Other species of walking shark can be found in Australia, Indonesia, and Papua New Guinea

The senior author of the study, Dr Marianne E. Porter, commented: “Studying epaulette shark locomotion allows us to understand this species’ – and perhaps related species ‘- ability to move within and away from challenging conditions in their habitats”. 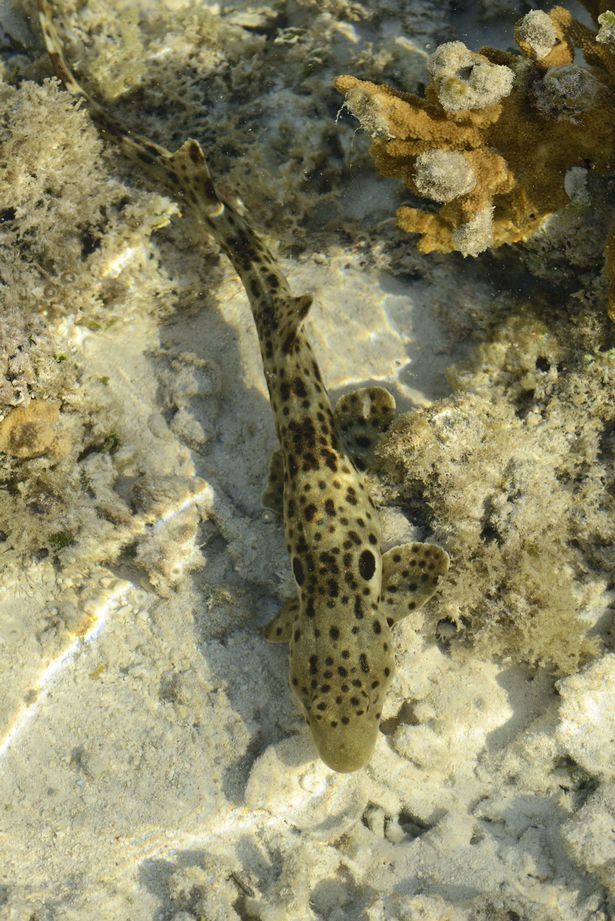 Dr Porter has now called for further investigation into climate change and how this will alter conditions for epaulette sharks in the future.

The sharks, which grow to be about 3 feet long, may be key for scientists to find out more about fast evolution.

Compared to hammerhead sharks, for example, which evolved over 45 million years ago, according to the National History Museum in London, epaulette sharks likely evolved their ability to walk in only 9 million years.