A high school in South Africa has been reportedly affected by what is believed to be an “evil spirit attack”.

About 18 girls, mostly in Grades 8 to 10, started crying, screaming, and rolling on the floor after apparently seeing a “scary creature that was making them weak”.

The girls, from different classes, reportedly started acting up after the first period. None of them could identify something that they could have eaten or drank after reports that the learners might have eaten “space cookies”. 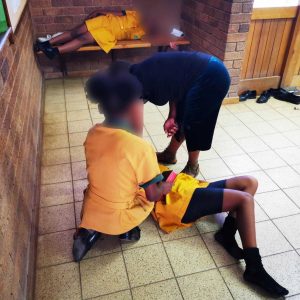 The incident was similar to one at St Boniface High School two weeks ago where the school had to be dismissed due to disruptions.

It is believed that the same scenario happened at another high school in Galeshewe on Tuesday February 22.

At EP Lekhela, pastors were called to the school while several parents also arrived at the school upon learning about the incident. Apparently, it took one of the learners about four hours to return to her normal self.

The affected learners were sent home in the care of their parents while the school was dismissed at 11am before a representative from the Northern Cape Department of Education arrived.

One of the learners affected is in Grade 8 and expressed how shocked and drained she was after her experience. Her aunt is a traditional healer and her grandmother a prophet. She said she collapsed in the women’s toilet.

Russia Threatens Finland After They Declares Plan To Join NATO

“I went to the toilet with two of my friends. I heard a powerful force shutting the door and got a shock and strong shivers. I started praying before getting out of the toilet. When I opened the door I saw a creature passing the toilet door where I was supposed to exit. I felt weak and everything went blank,” she said.

“Apparently my friends brought me to the staff room, where they found other children in the same condition. My parents were called in and already knew what to bring to comfort me,” she said.

Her grandmother said that there was an evil spirit at the school.

The chairperson of the school governing body, Jerry Thekiso, said the school called the pastors because none of the staff were trained to deal with such situations. He said the affected learners were isolated.

“We called the parents of the affected learners directly in order for them to come to the school prepared and sent out notices to the rest of the parents.

“That way it was easier to determine which of the parents should be allowed in the isolation section. Almost all the parents of the affected learners knew exactly how to assist their children before going home because they used their own cultures and traditional methods,” Thekiso explained.

Religious leaders in Kimberley, including traditional practitioners, availed themselves for intervention measures and raised concerns that this trend of “evil spirits” is growing at schools.

They all shared the view that “opportunistic satanic methods” are being used on young people and children.

The Dean of the Kimberley Diocese, Father Victor Tlhole, emphasised that the department must bring prayer sessions back to schools. He said returning the school assembly back to normal was way overdue after lockdown.

He said he realised during the St Boniface incident how the children are currently lost, making way for the “devil’s activities to overpower them”

“Let us allow God back at the schools. Bring prayer back to schools. School assembly prayer is about the relationship with God, understanding yourself and who God is. The children must be encouraged from a young age that prayer should not only be practised at church but at home.” 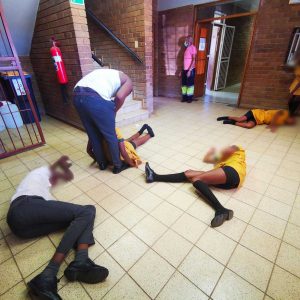 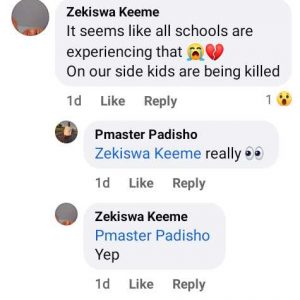 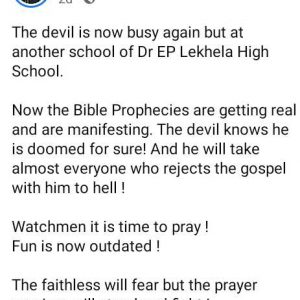