A Nigerian man who caught his girlfriend cheating on him stormed the chemist store where she sells medicines and packed everything inside.

He claimed to be the one who gave her the money to stock up the store and since she could not respect him enough to stay faithful he decided to collect the goods which were bought with his cash.

A video making the rounds online shows the moment he was creating a scene with his friends in the neighbourhood where the chemist store is located.

He and his buddies chased the girl out of the shop after which the young men packed every drug and item they could find inside the shop and carted it away inside disposable polythene bags. 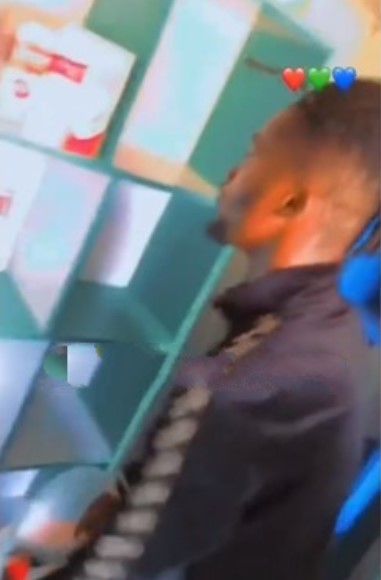 He could be heard in the background saying that he is not stealing the items, and some of his friends tried to confront his babe for having the audacity to cheat on the guy.

Towards the ending part of the clip, they majestically walked away with the bags of medicines.