A video which has warmed the hearts of many online shows the moment an Asian woman supported her husband while on a date.

She gave him cash while they were at a restaurant so that he could settle the bill which seemed to have been on the high side.

They were sitting with some other persons and chatting when the bill came and the man checked the cash he had on him. 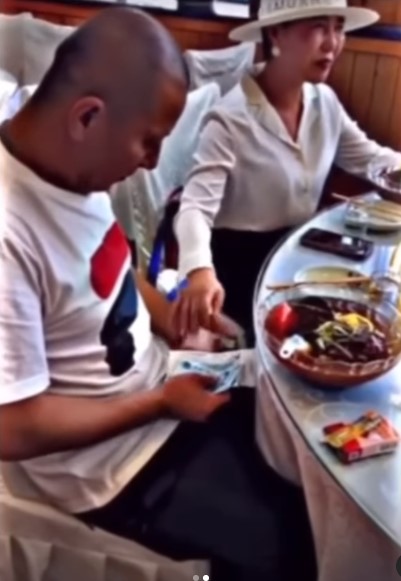 He dipped his hand in his pocket and started counting what he had, when his woman saw him, she codely dipped her hands in her purse and brought out a wad of cash.

In the heartwarming video reposted by blogger, Tunde Ednut, she then slid the money to him under the table and continued the conversation like nothing happened.

Sharing the clip, Ednut wrote; ”Men, once you have, just make her your first priority. God bless you all. Tough times don’t last, so far you get up and keep hustling. It must pay off. God bless your relationship.

On behalf of the lovely men, I just wanna say THANK YOU to these women. Thank you. This message is to someone out there.”