A video making the rounds online shows the moment a young Nigerian man asked for his girlfriend’s hand in marriage in a simple yet hilarious way. 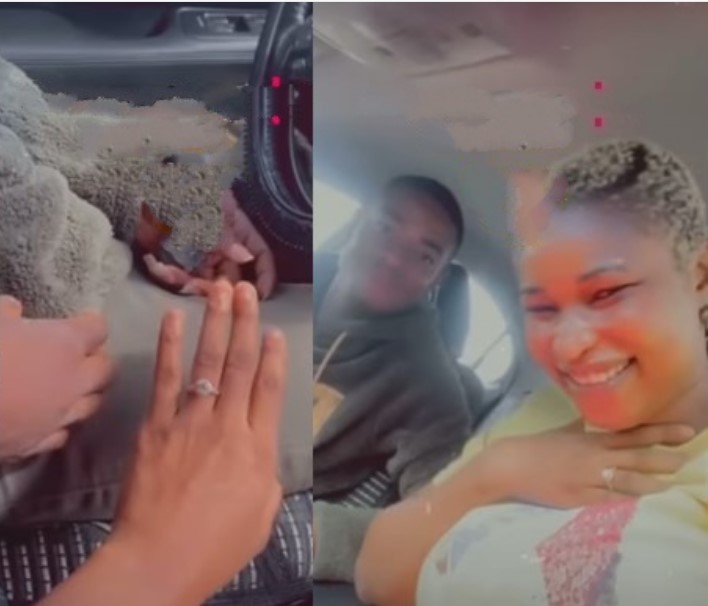 The couple were in a car when he brought out a ring and went straight to the point by proposing while being filled with laughter.

He asked his woman if she would marry him or not, and she responded in the affirmative. The boyfriend put the ring on her finger and asked her for a kiss.

After giving him the kiss, she reaffirmed her love for him and showed off the engagement ring saying; ‘Dem don propose to me like this’