A man has been captured on camera taking to his heels after smoking a wrap of weed which seems to have opened his eyes to see what is not visible to normal eyes.

The young man sat on a pavement lit the weed and took one deep puff of the drug, however almost instantly he saw a ‘ghost’ and stood in fear.

I Prefer Dating a Yahoo Boy

He abandoned the illegal substance and started running while turning back intermittently to take another look at the mysterious thing he saw. 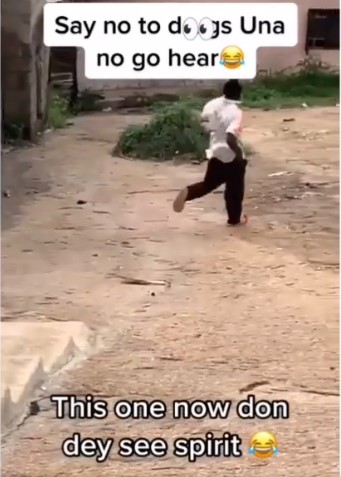 In the hilarious video posted on Instagram, his trouser was almost falling off his waist as he kept running.