Gunmen who were insisting that there would be no election in Biafra and who accused Labour Party members of bringing “Fulani” into Biafra, have disrupted a Labour Party meeting in Enugu State. 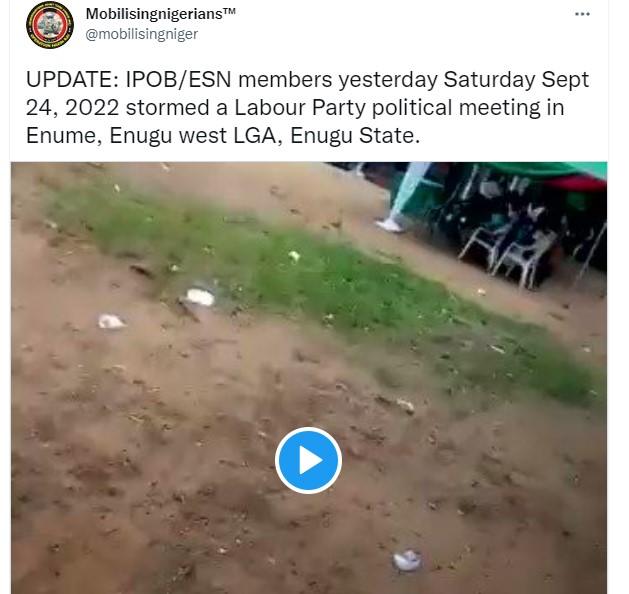 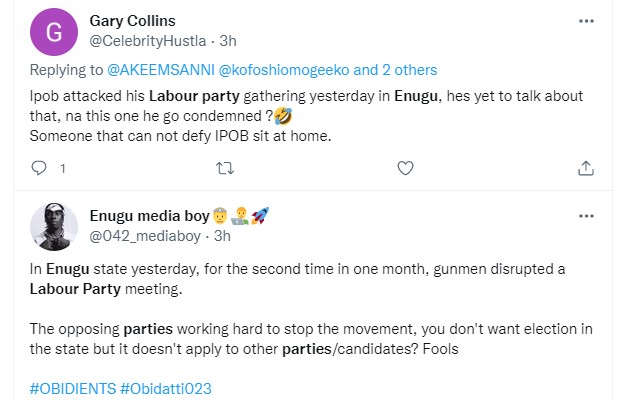 The gunmen chased away the old women at the meeting and ordered the men to lie on the ground and they were shooting into the air throughout this video (which they recorded themselves).

According to the gunman that recorded the video, this occurred last Saturday, 24th of September in Enugu West. This is the second time this month that a Labour Party meeting would be attacked by gunmen.