A soldier who murdered an Islamic cleric after he offered him a free ride has confessed to the crime as he recounted the incident.

The soldier said he was going to Jaji-Maji in Yobe and the cleric let him get in the car.

Trending Video of a Young Nigerian Man and His Caucasian Lover

However, the soldier shot at the cleric during the journey on Friday, August 19, and tried to make away with his Honda 2006 model.

The Police Command in Yobe has arrested two persons in connection with the murder.

While being paraded, John Gabriel explained that he lured the Islamic cleric to his death by telling him there’s a sound coming from his car.

When the Islamic cleric got down to check under the car for the source of the sound, the soldier also got down from the car and brought out his gun.

He said that when the cleric saw him pointing the gun at him, he asked what he had done and he (suspect) told him he hasn’t done anything.

John said he then fired a warning shot, hoping the cleric would run away but he didn’t. He said that he fired a second warning shot and it hit the cleric, killing him.

He said the incident occurred at about 10 pm on Friday after Aisami gave one of the suspects a lift.

He explained that Aisami was driving his car to Gashua from Nguru, when the principal suspect who was in mufti and carrying a camp bed, pleaded with him for a lift to Jaji-Maji.

He said that on approaching Jaji-Maji, the principal suspect brought out an AK-47 and shot him twice to death.

Abdulkarim further said that the suspect tried to flee with the deceased’s car but failed, as it got stuck in the mud and the vehicle failed to start.

He put a call through to the second suspect, who drove another vehicle to the scene. Unfortunately for him, his drive shaft broke.

The two suspects then requested help from a vigilance group in Jaji-Maji. When the group arrived at the scene to tow the broken down vehicles, incidentally Aisami’s body was found at the scene.

Abdulkarim said it was the vigilance group that drew the attention of the police and the suspects, who said they were soldiers, were arrested. 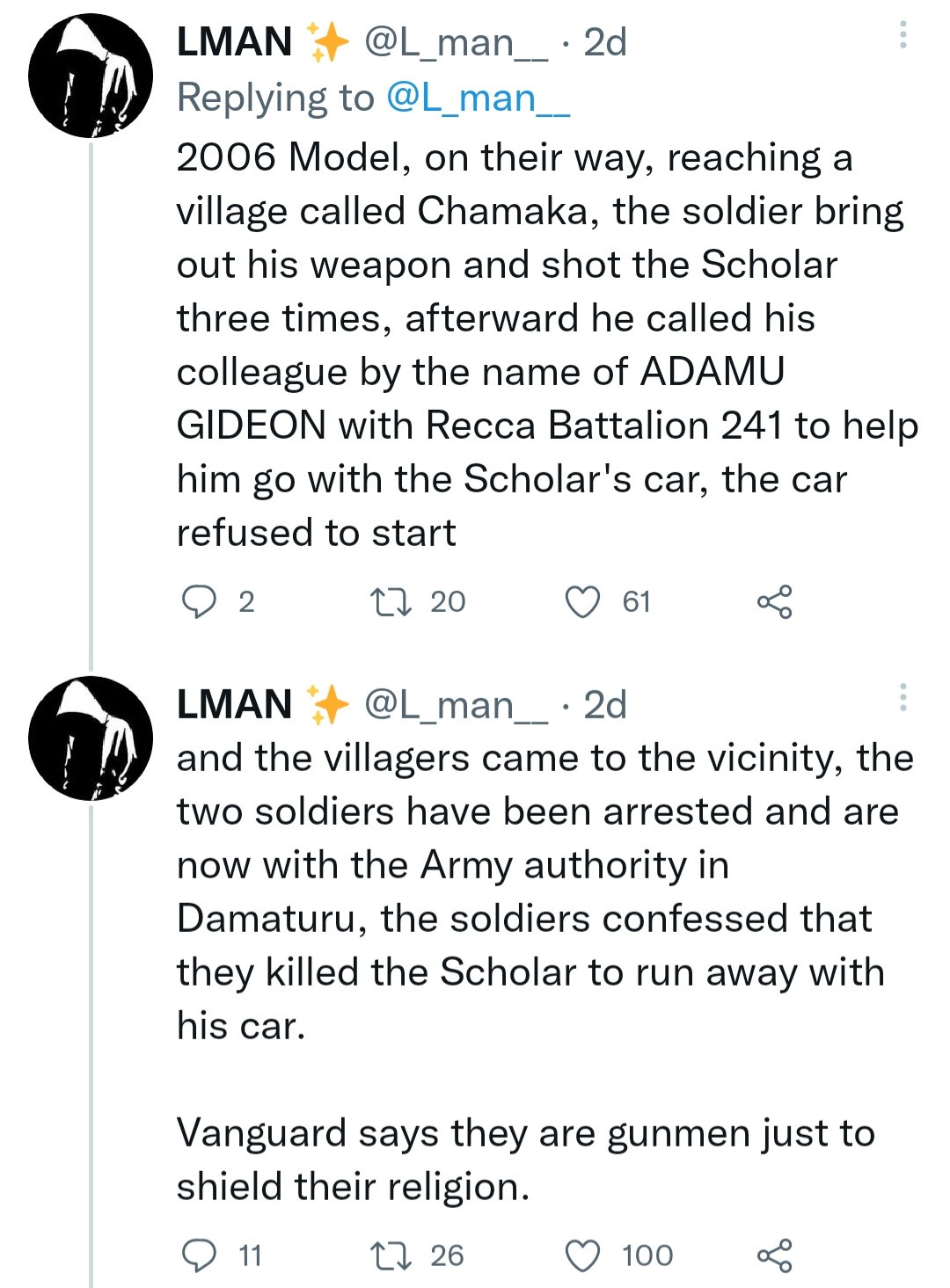 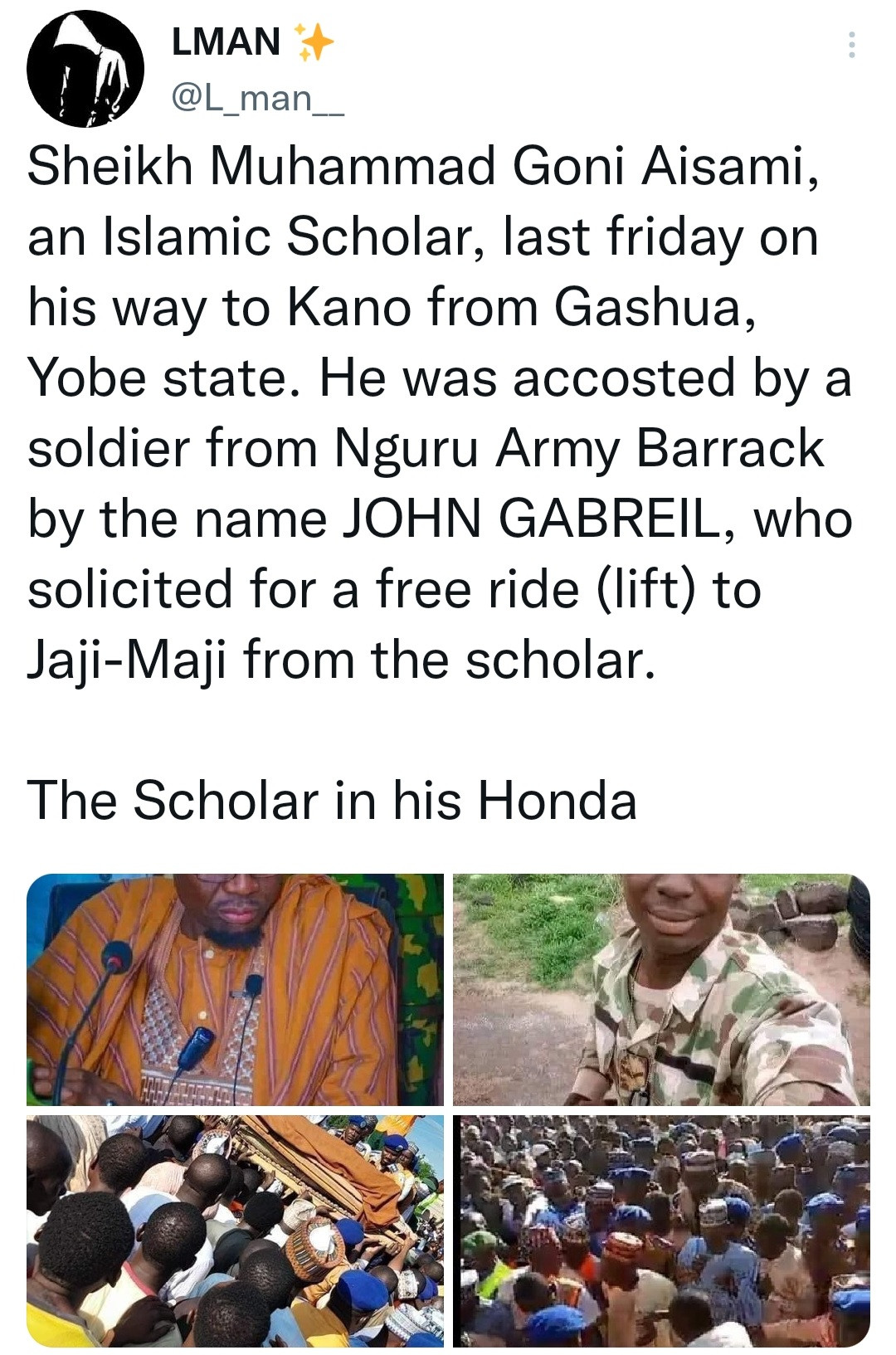