Russian tanks destroyed by Ukrainian fighters have been put on display in Ukraine’s capital Kyiv.

In the first days of the war, Russian tanks were seen in social media footage traveling through Obolonsky, just 5 miles from central Kyiv.

Bellingcat investigators also geolocated a Russian armored column in March outside Brovary, an eastern suburb of Kyiv, which was Ukrainian forces attacked in an ambush.

They were repelled. Now, the rusted tanks and armored vehicles sit defeated in the city’s central Saint Michaels Square. 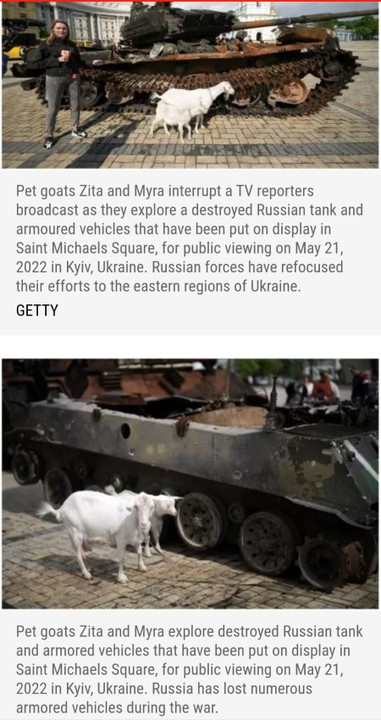 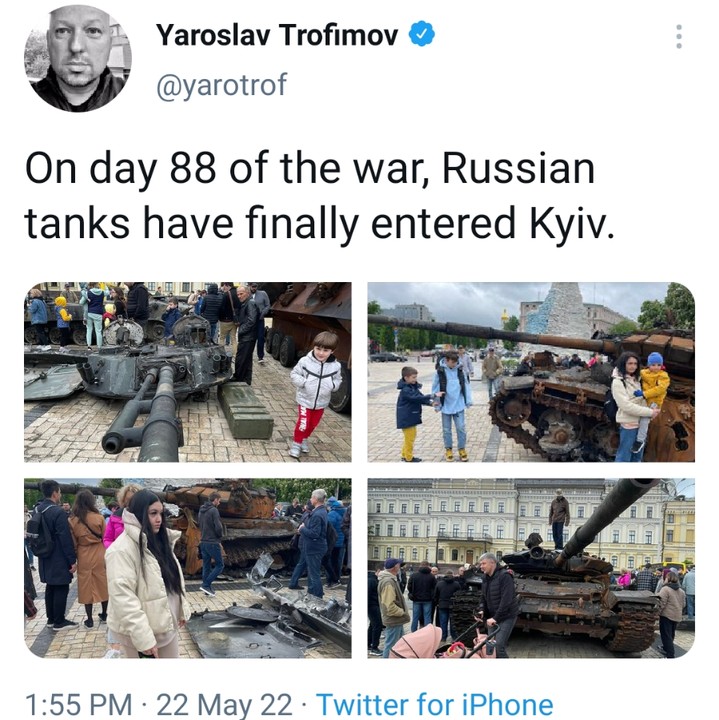