Some Russian troops are refusing to return to fight in Ukraine because of their experiences on the front line at the start of the invasion, according to Russian human rights lawyers and activists. The BBC has been speaking to one such soldier.

“I don’t want to go [back to Ukraine] to kill and be killed,” says Sergey – not his real name – who spent five weeks fighting in Ukraine earlier this year.

He is now home in Russia, having taken legal advice to avoid being sent back to the front line. Sergey is just one of hundreds of Russian soldiers understood to have been seeking such advice.

Sergey says he is traumatised by his experience in Ukraine.

“I had thought that we were the Russian army, the most super-duper in the world,” says the young man bitterly. Instead they were expected to operate without even basic equipment, such as night vision devices, he says.

By Olesya Gerasimenko and Kateryna Khinkulova

Sergey joined the army as a conscript – most Russian men between the ages of 18-27 must complete one year of compulsory military service. But, after a few months, he made the decision to sign a two-year professional contract which would also give him a salary.

In January, Sergey was sent near the border with Ukraine for what he was told would be military drills. A month later – 24 February, the day Russia launched its invasion – he was told to cross the border. Almost immediately his unit found itself under attack.

As they stopped for the evening in an abandoned farm, their commander said: “Well, as you will have worked out by now, this is not a joke.”

Sergey says he was completely shocked.

“My first thoughts were ‘Is this really happening to me?'”

They were continually shelled, he says, both when moving and when parked overnight. In his unit of 50 people, 10 were killed and 10 others wounded. Almost all his comrades were under the age of 25.

He heard of Russian servicemen so inexperienced that they “did not know how to shoot and couldn’t tell one end of a mortar from another”. 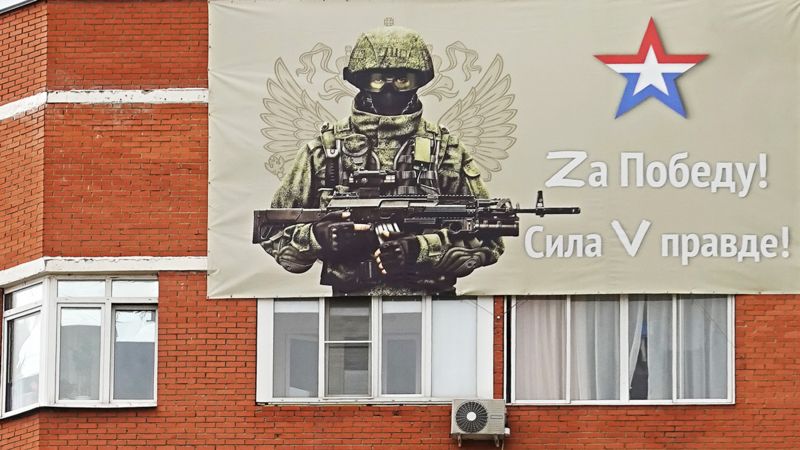 He says his convoy – travelling through northern Ukraine – broke up after just four days when a bridge they were about to cross exploded, killing comrades ahead of them.

In another incident, Sergey says he had to overtake comrades trapped inside a burning vehicle in front of him.

“It was blown up from a grenade launcher or something else. It caught fire and there were [Russian] soldiers inside. We drove around it and on, firing as we went. I didn’t look back.”

His unit moved on through the Ukrainian countryside, but there was a clear lack of strategy, he says. Reinforcements failed to arrive and soldiers were poorly equipped for the task of taking a large city.

“We went without helicopters – just in a column, as though we were heading to a parade.”

He believes his commanders had planned to capture strongholds and key cities very quickly – and had calculated that the Ukrainians would simply surrender.

“We rushed forward with short overnight stays, without trenches, without reconnaissance. We didn’t leave anyone in the rear, so if someone decided to come in from behind and hit us there was no protection.

“I think that [so many of] our guys died largely because of this. If we had moved gradually, if we had checked the roads for mines many losses could have been avoided.”

Sergey’s complaints about lack of equipment have also emerged in phone conversations alleged to be between Russian soldiers and their families, intercepted and posted online by the Ukrainian security services.

Russian mum’s fight to save sons from Putin’s war

Mariupol: 80 days that left a flourishing city in ruins

Pinned down by Russian fire in key front line village

At the beginning of April, Sergey was sent back over the border to a camp on the Russian side. Troops had been withdrawn from northern Ukraine and appeared to be regrouping for an assault in the east. Later that month he received an order to return to Ukraine – but told his commander that he was not prepared to go.

“He said it was my choice. They didn’t even [try to] dissuade us, because we weren’t the first,” Sergey told the BBC. But, he had been sufficiently worried about his unit’s reaction to his refusal that he decided to seek legal advice.

A lawyer told Sergey and two like-minded colleagues to return their arms and go back to their unit’s headquarters – where they should file a letter explaining that they were “morally and psychologically exhausted” and could not continue fighting in Ukraine.

Sergey was told that returning to the unit was important because simply leaving could be interpreted as desertion, which can result in a two-year sentence in a disciplinary battalion.

Army commanders try to intimidate contract soldiers into staying with their units, according to Russian human rights lawyer Alexei Tabalov. But he stresses that Russian military law does include clauses which allow soldiers to refuse to fight if they don’t want to.

Human rights activist Sergei Krivenko says he is not aware of any prosecutions of those refusing to return to the front.

That is not to say that prosecutions are not being attempted.

One commander in northern Russia requested a criminal case be brought against his subordinate who would not return to Ukraine, but a military prosecutor refused to proceed, according to documents seen by the BBC. Such an action would be “premature” without having assessed the harm to the military service he was involved in, the prosecutor said. 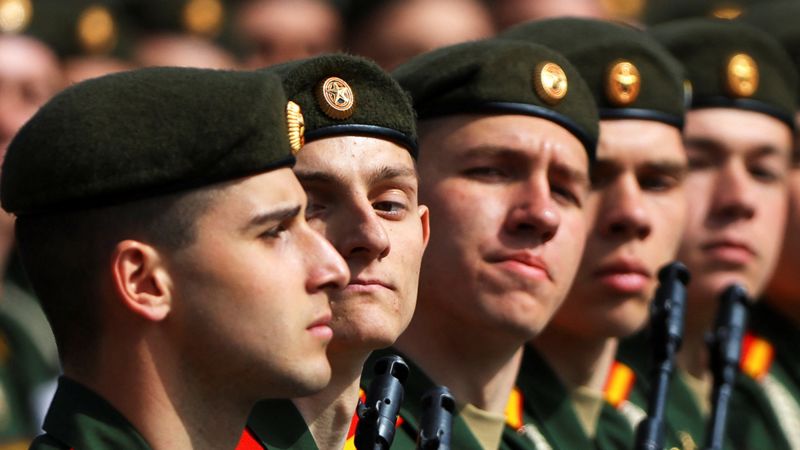 And there is no guarantee that more prosecutions might not emerge in the future.

Soldiers like Sergey – reluctant to return to the front line – are not unusual, according to Ruslan Leviev, the editor of Conflict Intelligence Team, a media project investigating the experiences of the Russian military in Ukraine through confidential interviews and open source material.

Leviev says his team estimates a sizeable minority of the Russian contract soldiers sent to Ukraine to fight in the initial invasion refused to go back again.

Independent Russian media have also been reporting hundreds of cases of soldiers refusing repeat deployments to Ukraine since the beginning of April.

Several lawyers and human rights activists the BBC spoke to said they had been regularly offering advice to men trying to avoid returning to Ukraine. Each of our interviewees had dealt with dozens of cases and believed those soldiers were also sharing advice with their colleagues.

Although Sergey does not want to return to the front line, he does want to complete his outstanding military service in Russia to avoid any unforeseen consequences. But that means that – while his letter of refusal to fight was accepted – there are no guarantees he won’t be sent back to Ukraine during his service period.

“I can see that the war continues, it is not going away,” he told the BBC. “In these months [of compulsory military service] that I have left, anything – including the worst – could happen.”