A gunman armed with a rifle and a handgun killed four people inside a medical building in Tulsa, Oklahoma on Wednesday, June 1, before he fatally shot himself in the latest mass shootings in the United States.

Police confirmed a possible bomb threat in the city was connected to the mass shooting at St. Francis Health System’s Natalie Building in Tulsa which claimed the lives of five people along with the shooter on Wednesday afternoon. 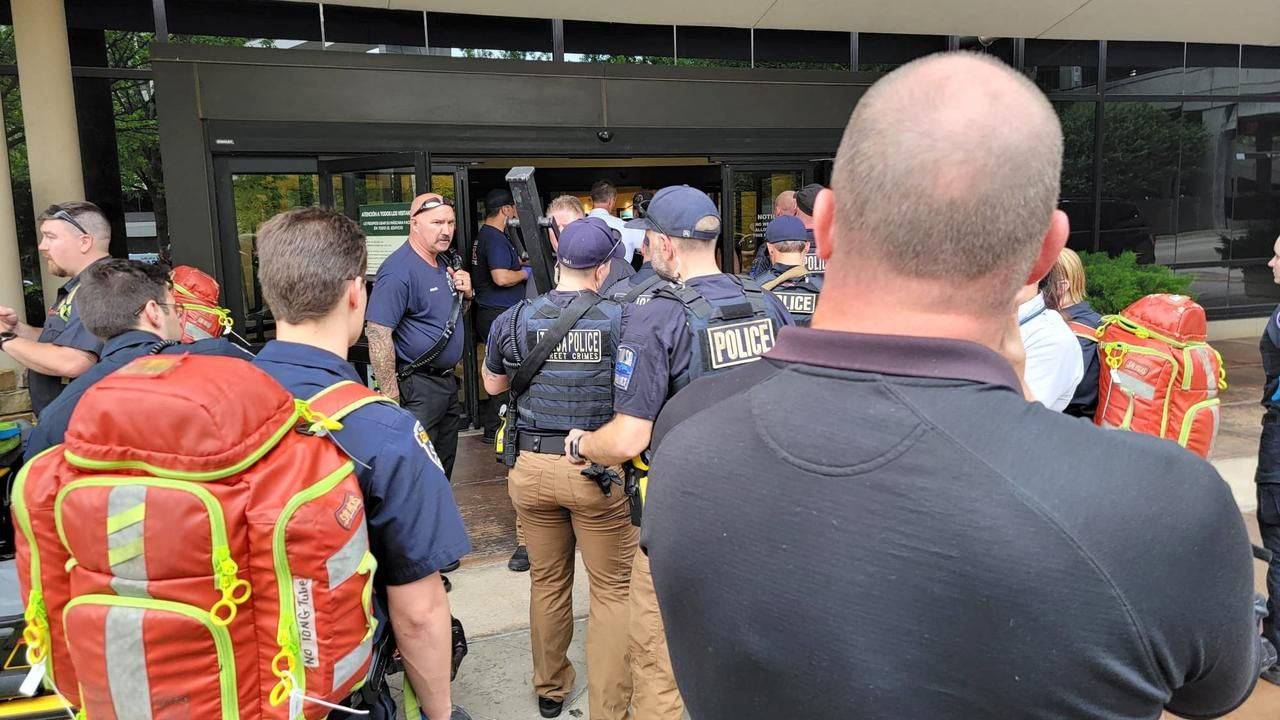 “We are the scene at 3325 Park Place North in reference to a possible bomb inside,” said Muskogee police department spokesperson Lynn Hamlin.

“At this time we have evacuated the house and have notified everyone in the area to stay inside their homes.”

The man armed with a rifle and handgun killed four people inside St Francis Hospital campus before turning the gun onto himself, said the police.

The Tulsa police department also wrote on Facebook: “Earlier this afternoon, we responded to a call about a man armed with a rifle at the Natalie Building at St. Francis Hospital. This turned into an active shooter situation.”

“At this point, we can confirm the shooter is down at this time. Officers are currently going through every room in the building checking for additional threats. We know there are multiple injuries, and potentially multiple casualties.” “This wasn’t an individual who just decided he wanted to go find a hospital full of random people. He deliberately made a choice to come here and his actions were deliberate.”

Jan Hodges, who works at Saint Francis told News on 6 she was just yards away from where a shooter killed four people.

She told the outlet that she was on the first floor of the Kelly Medical Building, located about 100 yards from the Natalie building when she saw a police officer drive by.

“I just knew that something horrible was happening. I mean, police officers running into a building with shields and with rifles and I thought, you know, I’ve seen this on the news you know multiple times in other areas,” she said.

‘It was almost like it was a repeat of something I’d seen before. just really couldn’t believe it was happening in my own neck of the woods and I’m sick because I know people that work in the Natalie Building and I’m scared for them and I don’t know anything about their wellbeing at this point.’

The Wednesday shooting comes just more than a week after a shooting at a Uvalde elementary school left 21 dead.

The US has now reported 233 incidents of mass shootings for this year, according to Gun Violence Archive.