The youth-driven campaign of Peter Obi, presidential candidate of the Labour Party, LP has taken a new dimension following the steam it’s been getting.

A group of youths supporting Obi took his campaign to a club they visited on Saturday night.

This was made known by a man named Chude, who shared photo on microblogging site, Twitter. 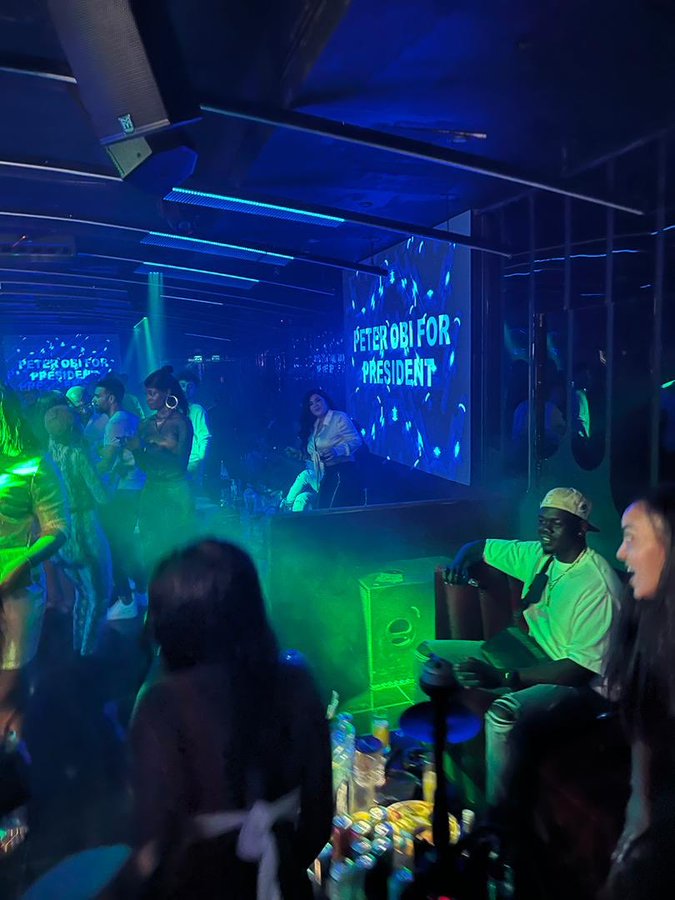 In the image he shared, Peter Obi’s name was visibly displayed on LED screens inside the night club, with words that promoted his candidacy.

Chude wrote; ”When took the Campaign to Club

Coconut head head Generation! The world must hear us!”

When took the Campaign to Club😅