An international news agency, Reuters, has accused the Nigerian Army of running a programme where forceful abortions were carried out on female victims of Boko Haram/Islamic State in West African Province.

The report claimed that the Army carried out the abortions without the persons’ consent and that at least 10,000 pregnancies had been illegally terminated.

These were contained in an investigation published on Wednesday.

The probe, according to Reuters, was based on the accounts of 33 victims, hospital staff, and security officials, as well as documents gathered.

The report partly read, “Since at least 2013, the Nigerian Army has run a secret, systematic, and illegal abortion programme in the country’s northeast, terminating at least 10,000 pregnancies among women and girls, many of whom had been kidnapped and raped by Islamist militants, according to dozens of witness accounts and documentation reviewed by Reuters.

“[The abortions were mostly carried out without the person’s consent—and often without their prior knowledge, according to the witness accounts. The women and girls ranged in age from a few weeks to eight months pregnant, and some were as young as 12 years old, interviews and records showed.

“This investigation is based on interviews with 33 women and girls who say they underwent abortions while in the custody of the Nigerian Army. Only one person stated that she freely consented. Reporters also interviewed five civilian healthcare workers and nine security personnel involved in the programme, including soldiers and other government employees such as armed guards engaged in escorting pregnant women to abortion sites. In addition, Reuters reviewed copies of military documents and civilian hospital records describing or tallying thousands of abortion procedures.”

The report quoted a guard and a health worker as saying women who resisted were beaten, caned, held at gunpoint, or drugged into compliance.

The investigation linked the abortion programme to a belief widely held within the military and among some civilians in the northeast that the children of insurgents are predestined, by the blood in their veins, to one day take up arms against the Nigerian government and society.

However, the military denied infanticide allegations, days before it was published, and accused the news agency of ‘wickedness.’

The Defence Headquarters described the report as false and concocted by Reuters in a statement issued by the Director of Defence Information, Major General Jimmy Akpor, adding that the news agency team behind the story is “cruel.”

He stated that children were among the 82,064 Boko Haram terrorists that surrendered to troops, adding that none of them was eliminated.

The statement partly read, “It took Reuters 13 solid years to craft an allegation of infanticide against the Nigerian military and the Nigerian nation. This shows that a news agency as “renowned” as Reuters is itself complicit in failing in its mandate to draw attention to and inform the public about supposed occurrences that violate not only the laws of armed conflict but also international humanitarian law. 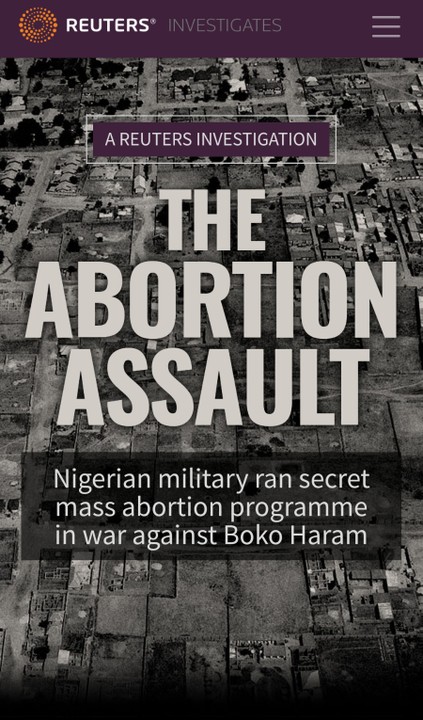 “Let us analyse the period from July 2021 to November 2022. A total of 82,064 Boko Haram fighters and family members have surrendered to Operation Hadin Kai troops. Out of this number, 16,553 were active male fighters, 24,446 were women, and 41,065 were children. The Borno State Government is camping and accommodating them family-by-family, as per households, without having to separate the children from their parents.

“In the same camp are thousands of pregnant women and nursing mothers. A total of 262 babies were born within 4 months (94 in July, 98 in August, 60 in September, and 11 in October 2022). This figure comprises 150 female and 112 male children. The children were neither aborted nor yanked from their mothers.

Meanwhile, a civil society organisation, North East Advocacy for Peace, accused Reuters of trying to truncate the newly found peace in the region.

The group attributed the return of peace to ongoing military operations in the region and described as an unethical and failed mission the attempt by Reuters to use its medium to undermine national security. 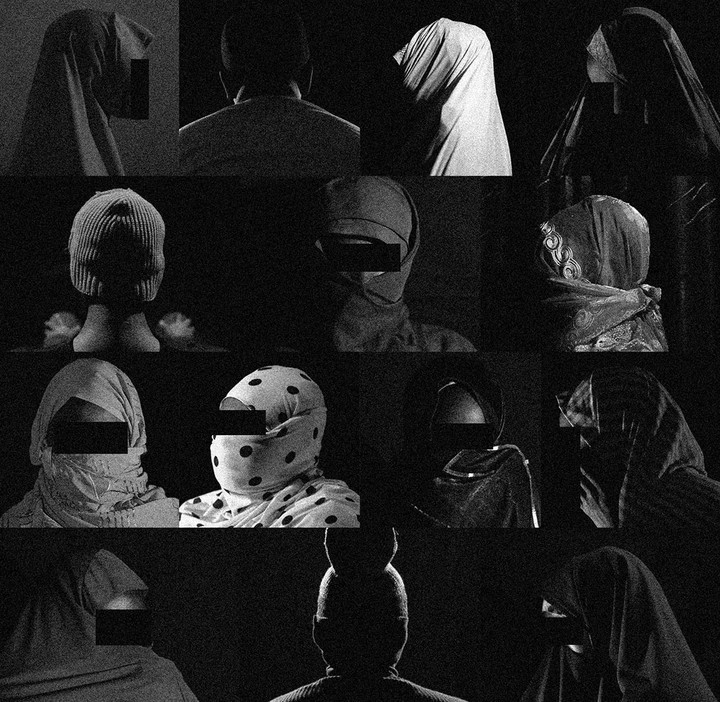 The president of the group, Abdul Monguno, in a statement on Wednesday, said “Reuters is going petty in a concocted plot to smear the image of the Armed Forces of Nigeria with fake propaganda and unsubstantiated claims.”