Hundreds of Kenyans on Thursday, July 7, took to the streets of Nairobi and went to the office of the President to protest the high cost of living in the East African country.

According to the angry citizens, the price of basic commodities including cooking oil, maize flour, wheat flour, and sugar have doubled in recent weeks, putting pressure on households struggling to make ends meet. 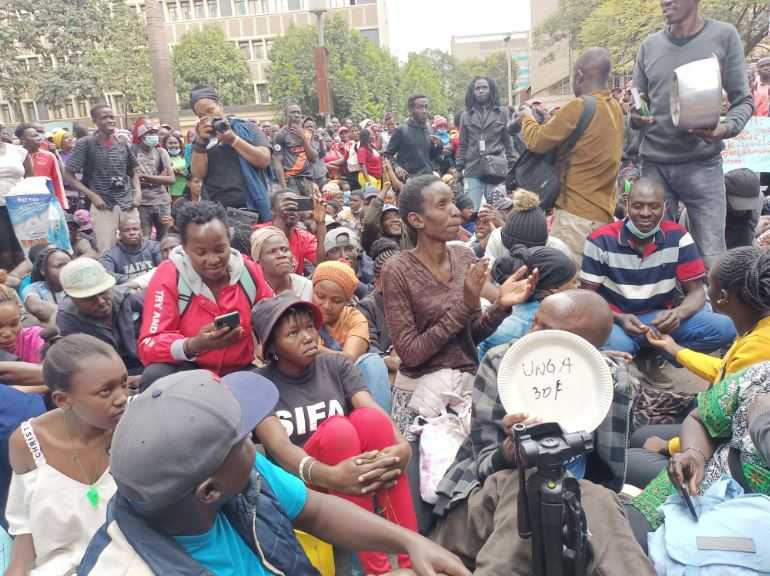 The protesters even threatened that election won’t hold in the country if there’s no food for them eat.

Business capital reported that some protesters who addressed the media accused leaders of failing to address the issue, leaving them with no option but to fight for themselves.

“Our elected leaders have failed us and Kenyans are going through so much and that is why we are here to demand the reduction of prices for basic commodities,” one of the activists said.

Another protestor said that the government shouldn’t blame the Russia-Ukraine conflict for the high cost of living, claiming that the conflict has just worsened the situation.

“The prices of food were high even before the issue of Ukraine came, we are in this situation because of too much borrowing and the money goes into the pockets of a few,” he stated.

With just 32 days to the elections, the protesting Kenyans lamented that the two front runners in the presidential election , Raila Odinga and William Ruto, are just giving promises instead offering solutions.

“Raila is a friend of the President so it’s just a phone call away, Ruto has been in government for ten years and he is also giving promises, why can’t they help us now? another protester wondered.

Government Spokesperson, Cyrus Oguna defended President Uhuru Kenyatta over the high cost of living currently being witnessed in the country. 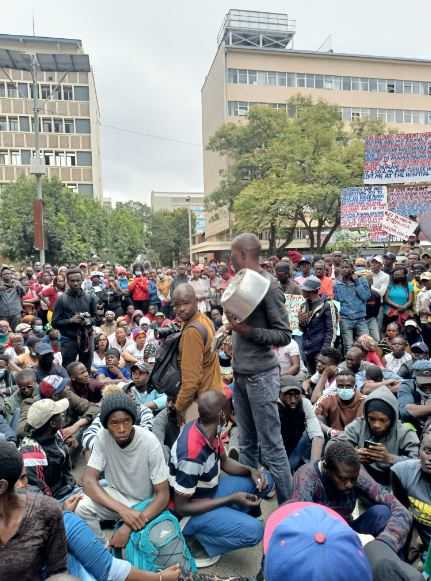 Oguna pointed out that the Head of State is not to be blamed for the situation as he attributed it to the ongoing war between Russia and Ukraine.

“It is not fair to put this blame on one person, it is not the President. The war in Ukraine has made things difficult for nations across the globe,” he said, adding that the situation was not unique to Kenya alone.