VOLCANO: Lava begins to flow out of Mauna Loa as it erupts on Hawaii’s Big Island for first time in 38 years: Experts warn of ‘serious’ situation if magma from world’s largest active volcano seeps into rift zones

Lava has started to flow from Hawaii’s Mauna Loa, the largest active volcano in the world, after it erupted for the first time in 38 years Sunday night.

The eruption began in the summit caldera of Mauna Loa late at around 11.30pm, but started overflowing early Monday morning — though experts say it remains confined to the Northeast rift zone, away from the town of Hilo.

‘Surface flows have come out of the caldera in past eruptions — that’s not uncommon,’ the United States Geological Survey tweeted. ‘It’s magma going into the rift zones that is the real concern, because that can develop into a serious situation much more rapidly.’

Over a dozen earthquakes of more than 2.5 magnitude have already struck the region, according to the USGS, with one measuring 4.2 in magnitude. Residents are also advised that periods of snow and freezing fog may occur.

Some South Kona residents have already begun to voluntarily evacuate, though no evacuation orders are in place yet. Shelters are also being set up as a precaution.

The eruption comes as native Hawaiians celebrate Lā Kūʻokoʻa, a former national holiday commemorating the signing of the Anglo-Franco Proclamation of 1843, which officially recognized the Kingdom of Hawaii’s independence and sovereignty from Great Britain and France. 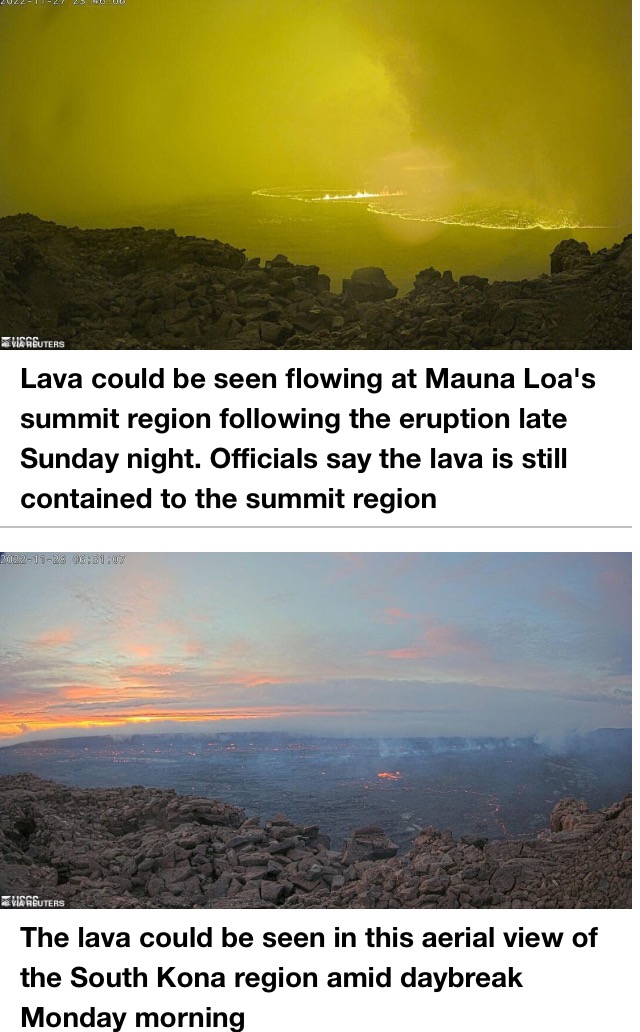 The volcano’s lava rivers have historically flowed into different communities including Hilo, which has 45,248 residents, and Kukio – a billionaire’s paradise which has blossomed over the last 38 years and now counts some of the world’s richest people among residents.